October 23, 2013
Giant UFO coming out of the Sun. The picture was released by NASA’s sun-watching Solar and Heliospheric Observatory on October 21, 2013. SOHO Lasco C3. http://sohodata.nascom.nasa.gov/cgi-bin/soho_movie_theater 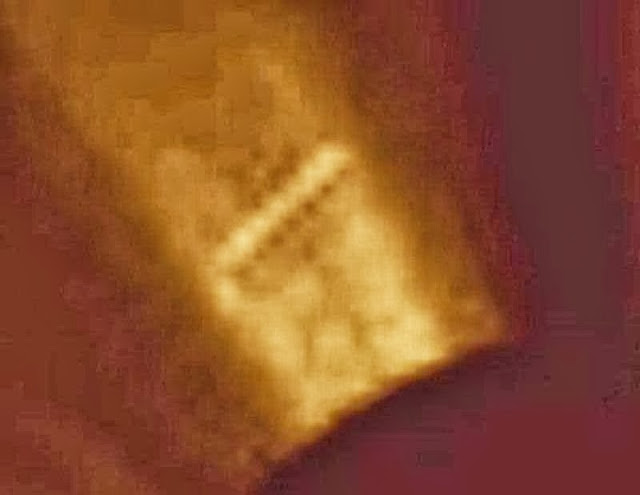 Dr. Joe Gurman, NASA Stereo Project scientist states the giant solar UFOs are compression artifacts or due to a malfunction of the ’central data recorder’ at DSN, that stores all the playback data from all the missions.

In a quantum physics solution to the mystery of the giant solar UFOs, physicist Nassim Haramein states that Earth-sized UFOs are in fact giant extraterrestrial or interdimensional spacecraft, which are accessing our solar system, using the Sun as a black-hole singularity, or star gate. Mr. Haramein contends that NASA Stereo data of giant solar UFOs prove that extraterrestrial civilizations access our solar system via a star gate on the Sun when using large (Earth-size) vehicle spacecraft.

Compression artifact, malfunction or proof that alien spacecraft using the Sun as a black-hole singularity?