July 15, 2014
Dozens of people witnessed a fleet of multi-colored UFOs in Austria this week, and one couple snapped a picture before the fast moving objects disappeared. According to the Austrian Times, about 50 to 100 UFOs were spotted over the Aichfeld basin near the town of Knittelfeld in the southern Austrian state of Styria.

Witness "At first we thought it might be some kind of natural phenomenon, but when we realise they were flying in formation and travelling around 400 mph it was clear that it could not be dismissed as something natural. The strange thing was that despite the bright lights there was no noise at all from the objects." 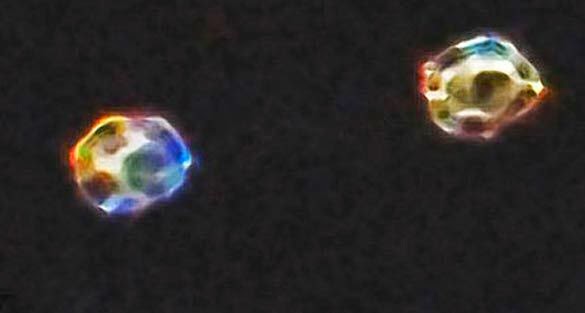