Webcam captured mysterious Blobs of Lights over the volcano Popcatépetl

According to foxnewslatino, the latest is a stop-motion image captured on October 3, 2015 by one of the webcams of the volcano Popcatépetl showing a series of blobs of light rising up in front of the volcano, and then, after the lights wink out, dropping back down. 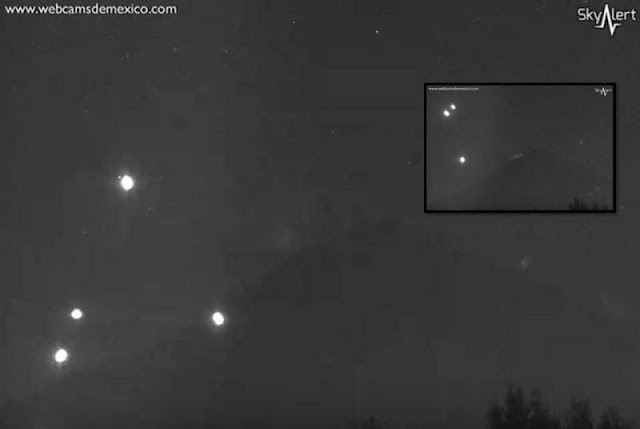 Despite many unknown flying objects have been observed near the volcano in recent years, I wonder whether these blobs of lights are extraterrestrial or someone shoots flares in the air in front of the volcano or maybe these lights are just winged beetles, commonly called fireflies or lightning bugs? Anyway, whatever it may be, it remains a strange event.

The volcano is located 40-some miles from Mexico City and is the second-highest peak in the country. It has been spewing ash and gas sporadically since midsummer.