The Last Pope? A Look at the St. Malachy Prophecy 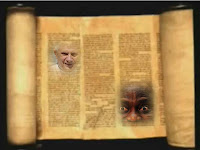 The Prophecy of the Popes, attributed to Saint Malachy, the 12th century bishop of Armagh in Ireland. According to the traditional account, in 1139, Malachy was summoned to Rome by Pope Innocent II. While in Rome, Malachy purportedly experienced a vision of future popes, which he recorded as a sequence of cryptic phrases. This manuscript was then deposited in the Roman Archive, and thereafter forgotten about until its rediscovery in 1590.

St. Malachy prophecy is a list of 112 short phrases in Latin. They purport to describe each of the Roman Catholic popes (along with a few anti-popes), beginning with Pope Celestine II (elected in 1143) and concluding with current pope Benedict XVI's successor, a pope described in the prophecy as "Peter the Roman", whose pontificate will end in the destruction of the city of Rome. 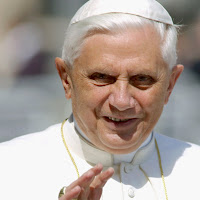 With the resignation of pope Benedict XVI at the end of this month (February 28, 2013), his successor “Peter the Roman”, will be the last pope, according to Saint Malachy.

The prophecy does not say that no popes will intervene between him and his predecessor designated Gloria olivæ. It merely says that he is to be the last, so that we may suppose as many popes as we please before "Peter the Roman".

Many prophecy states that Rome will meet this fate at the hands of both the Russians and the Muslim 'Turkish/Iranian' forces that will invade most of the countries that border the Mediterranean Sea.

It is believed that Cardinal Peter Turkson is a good candidate and probably he will be the next and according the prophecy, the last pope.

The meaning of Turkson come may come from a craft. Names like Turkson originate from religious texts such as the Quran, the Bhagavadgītā, the Bible, and so on. In many cases these surnames relate to a religious expression such as "Favored of God".