October 10, 2014
Strange UFO-like objects are photographed in the sky over Lavonia, Georgia on October 4, 2014.

Witness statement: "While driving on the highway I-85 near Lavonia, Georgia, my wife held the cell phone out the window and was snapping shots of the cloud formations, as we rode." 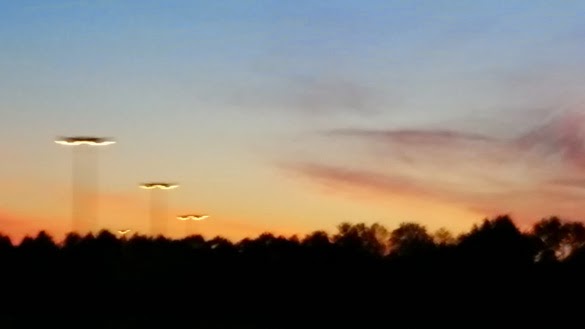 "After about seven shots she stopped. Nothing was visible in the sky as we rode.After we reviewed the images and on the last image we saw the 4 objects which looked like exhaust coming out of the bottom." 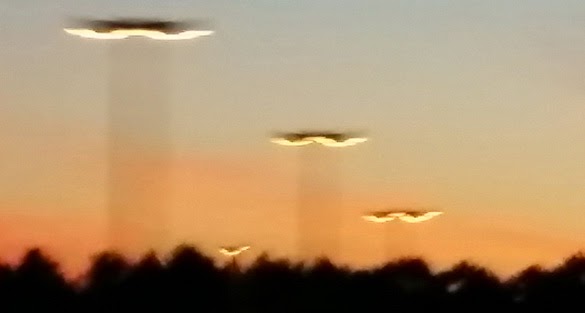 "Two previous shots showed faint blurred images which I assume were part of this four but not so close. Never saw the objects and they only appeared in the last photo. After seeing these objects, my wife and I wonder how it is possible that while my wife was snapping the shots, the objects were not visible." Images: Credit Mufon - case 60508. 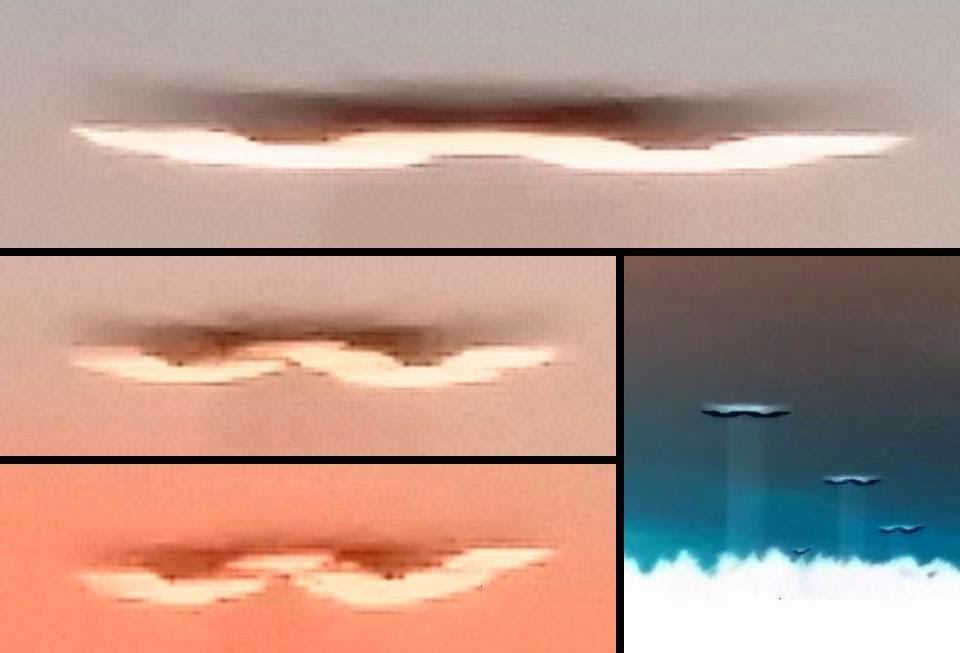