May 21, 2017
World War II ended in 1945, bringing several years of combat, destruction and loss to a tragic conclusion. Even after 70 years, however, people are still uncovering …. 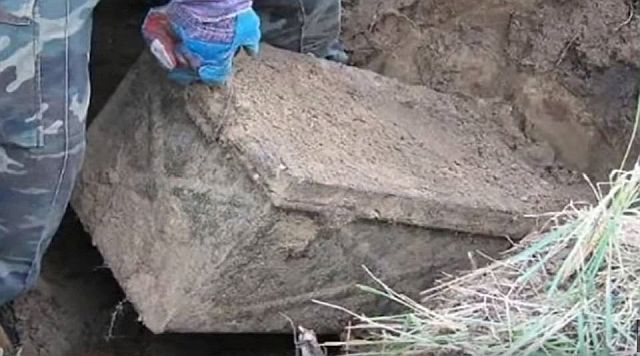 The box was also extremely heavy. Whatever was inside certainly seemed important enough at one point in time in order for someone to bury it that far deep into the ground!

The box was buried so deep, in fact, that it was unbelievable to think that it could have been the work of just one person. Perhaps the topography of the land had changed due to the erosion or mud slide after it was hidden away?

Another possibility: the area could have been attacked by a grenade or another explosive during the war.

How long has it been underground like that and more importantly, what in the world could be inside?