After checking the playback FlightRadar I have the idea the radar shows four anomalies.

In the image below I have marked the four anomalies ('Dot' -- takes the form of a plane. They vanish one by one, together with MH 370). Click on image to enlarge. 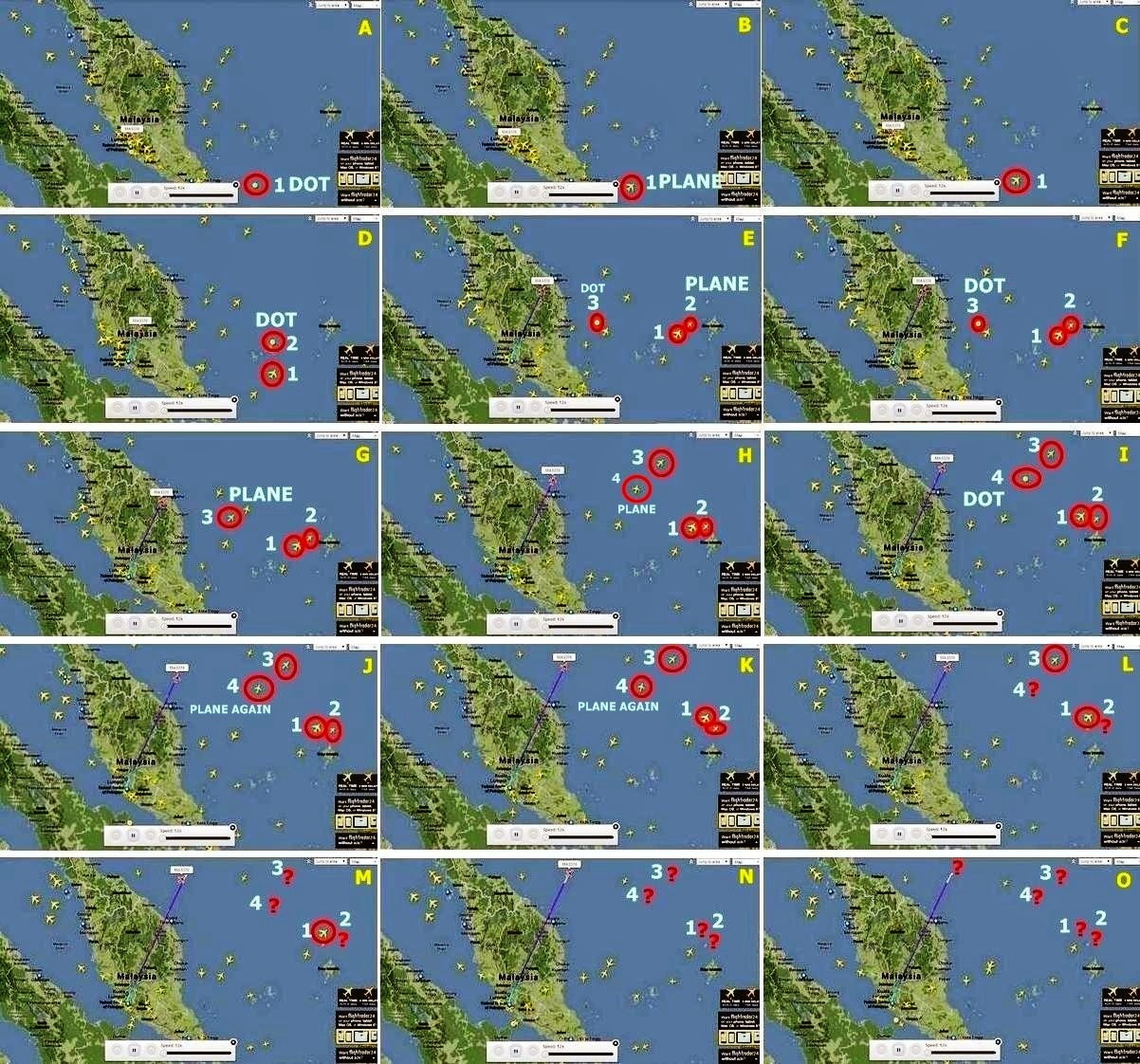 The last days I have checked the real time FlightRadar to see if the anomalies were only a glitch of the software, but so far, no anomalies visible on the FlightRadar again, like on the day the plane vanished from the screen. Could it be that those anomalies are craft used to jam the signal like drones?

In my opinion the plane is electronic hijacked with high advanced new technology.

The Beijing-bound MH370 had taken off at 12.41am. The data reporting system, they believe, was shut down at 1:07 a.m. The transponder -- which transmits location and altitude -- shut down at 1:21 a.m. and last radio contact with air traffic control in Subang at about 1.30am. indicates a structural shut down.

Note: 'Dot/plane' nr. 3. This one accelerates at a rate of speed that must at least five time the speed of the surrounding planes.

Flight direction after the plane vanished from screen.

The Wall Street Journal reports that U.S. investigators suspect that missing Malaysia Airlines Flight 370 stayed in the air for about four hours after it reached its last confirmed location.

It sharply changed course from heading northeast to heading west. According to the military account, the last sign of the plane was recorded at 2:40 a.m. Saturday when the aircraft was near Pulau Perak, a tiny island over 160 kilometres off the western shore of the Malaysian Peninsula.

But is it possible that this information is not correct and actually the plane headed to the East. 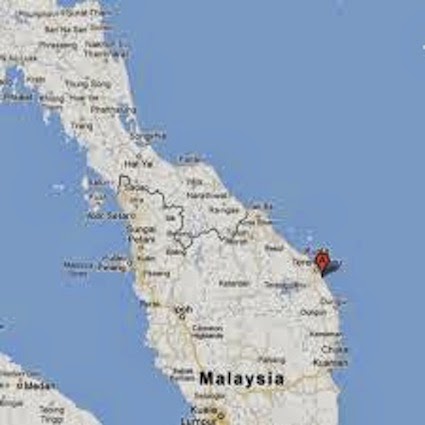 Villagers near Marang, on Malaysia’s eastern coast, told police they heard a “loud and frightening noise” for about two minutes Saturday morning, according to Tom Phillips, a Telegraph correspondent in Kuala Lumpur. Eight Marang islanders have filed police reports about hearing a loud and frightening noise. Some even ran toward the sound to see what was causing it – but saw nothing (invisible), the noise sounded like “the fan of a jet engine.”

Military intelligence is heavily involved in Malaysia Airlines 370, but contradicting itself and denying the public from needed information, thus increasing speculations officials are unauthorized by the military to disclose the craft’s whereabouts and Intel by 25 high-tech passengers, employed by five major defense contractor technology companies, was likely valued enough to seize the plane.

It indicates the plane did not come out of the sky because of a catastrophic failure and probably the Malaysian Airliner may have been commandeered and taken to a secret base.

The anomalies in question as shown in the first image certainly didn’t behave like commercial airliners and maybe proof they are high tech man-made craft, involved in this mystery.