On Sunday August 10, 2014, while at home in Oshawa, Ontario, I was outside on my driveway washing my car when suddenly I hear this humming sound and look to the north below HWY 2. 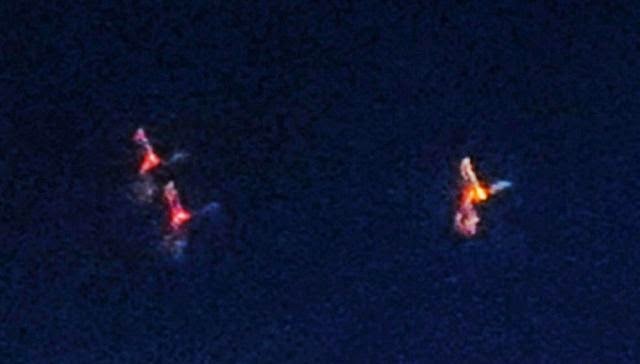 About a quarter mile north of my position and some thousands of feet up I see three bright red ruby lights maintaining in a triangle formation. Being in a state of awe watching them moving across from the east to west, maybe 30 seconds passed. I then ran into the house for my camera; being once again outside in about 20 seconds. Started to film this spectacle and watch the direction of these three lights at 9:20 pm.

I watched them pass over Whitby heading towards Ajax. The lights appeared to turn to the southwest heading to southern Ajax. I snapped one last picture at the greatest distance away. The picture reveals a structure between the three lights.

After a couple of days I noticed on the net of reports in Oshawa/Whitby /Ajax/Toronto /Burlington, Ontario. It would appear many folks had witnessed this marvel along this flight path this triangle of lights had taken probably due to the time not being too late.

What is also interesting is that it started in Oshawa. No further reports came out ‘east of Oshawa.’ Very bizarre and shocking sighting to witness. I assume by the size that would be one to two hundred yards apart in spread of the lights. It is also interesting to note this occurred during a full moon cycle. Photos taken with Canon PowerShot SX260 HS.

On September 13, 2014 the witness took a photo of a tree in the botanical garden in Coimbra, PT and accidentally photographed a UFO. Mufon case 59848 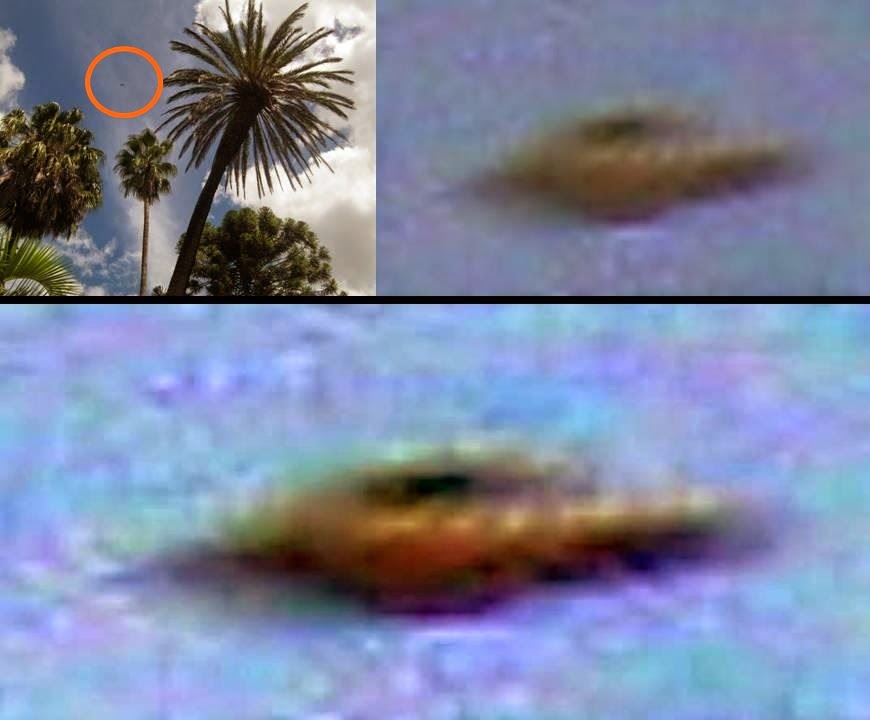 On September 14, 2014 the witness in Florence, KY took a photo from the area/sky and found a strange object later on it. Mufon case 59856 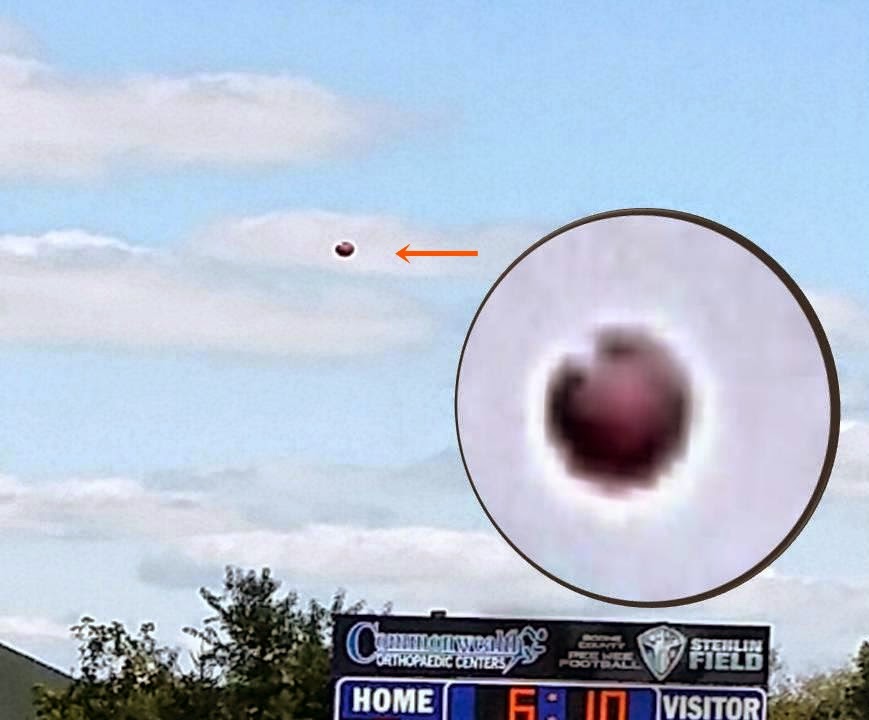 Mc. Neal Arizona. On September 9, 2014, my mom and I were in our barn feeding the horses for the night. I was out back closing gates when I heard a rumbling, like what you hear when a jet is flying over. I’ve heard that a hundred times. 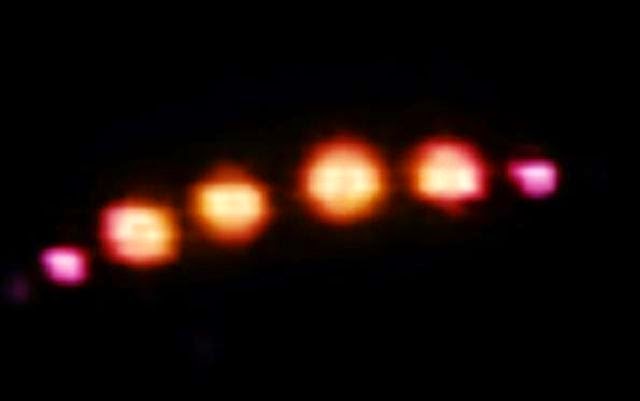 There was a full moon rising in the east about 3 or 4 fingers above the horizon and a very clear night. I looked up to the west to where I heard the plane and saw red lights moving SE but it was strange. It had 5 lights in a boomerang pattern. One on the nose and two more on each side. If it was a plane, it was the biggest plane I’ve ever seen. It was really high up too but I’ve seen airliners around that same height and it was 5 times bigger than those.

There were two jet fighters tailing slightly behind the tips of its wings. I knew they were separate aircraft because they moved independently from the red lights which stayed together and they were not red but more like white/ yellow in color.

As the object and jets passed over I could see the jets had blinking aircraft lights, like you see on all aircraft. I kept watching for a few more minutes until the lights faded (by the glare of the moon) to the SE.

I went back to the barn and told my mother what I had seen. A few minutes after that at 9.20 PM I saw 2 jet fighters returning from the same direction going NW. They were no longer escorting anything and had their afterburners on. They were going much faster than when I had previously seen them. 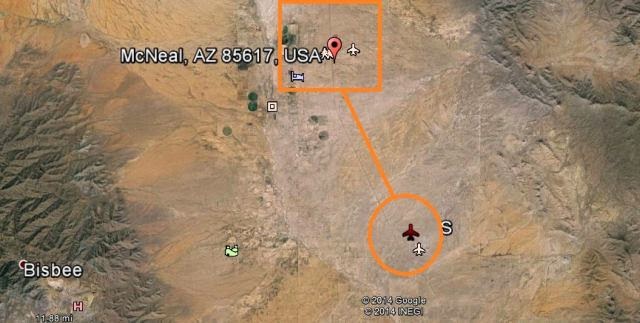 Ken Pfeiffer’s note: Bisbee Douglas International Airport sits S S/E of NcNEAL. This Airport looks like an abandoned Air Force Base or Secret Base in Arizona. See on Google Earth. Very strange. This may be the destination of the above flight. The above image was taken from Northern Kentucky on June 18, 2014.