July 11, 2015
Every now and then the military has been having stealth bombers fly on a low level practice bombing run flight path the goes directly over my home about once a month.

On this day I went out to take some pictures of the bomber as it flew over my home to show on my social media page. I had taken many pictures that day but on the last pass I took 3 pictures in rapid succession.

The time period took about 3 seconds. 1 second per picture on my cell phone. 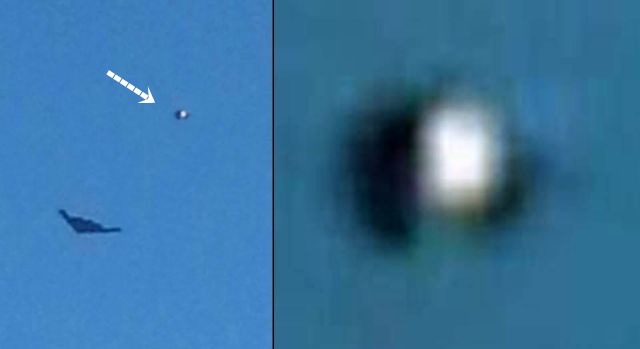 The other craft was gone. 30 seconds later as the bomber turned to the west I heard it go supersonic and it broke the sound barrier.

They had never done that before on their practice runs. That was the only time. 3 days later 2 bombers returned and did around 7 or 8 low level flights using my home it seemed as a center point where they would turn and fly off into another direction. Each flight run came from different directions that day. They did not fly on their normal practice pattern. 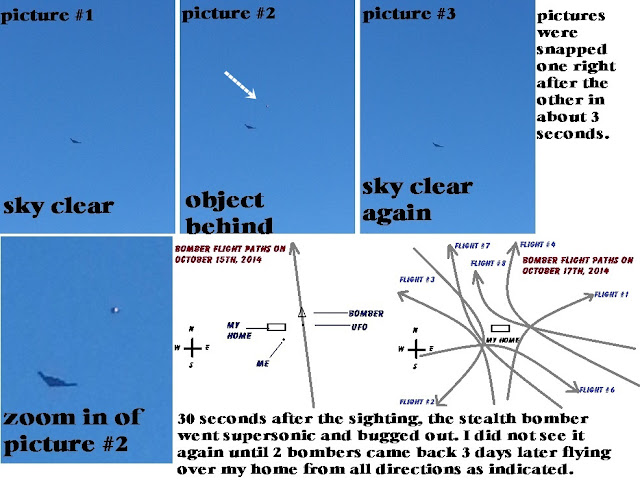 I have had 4 more sightings of different craft since but all were too far away for my cell phone to pick them up. One shaped like a missile. All white with small square wings on the tail only. One that was just one light in the night sky that met up with a 2nd which was stationary and I thought was a star till it flew off in another directing meeting up with a third that did the same thing.

Image of a stealth bomber.

One that flew directly over my home that have 8 barely visible gray lights in a straight line. Not one after the other but side by side. One was a formation that I thought was a flock of birds but they flew in too perfect of a formation and when I looked at them in binoculars I could see they were all v shaped craft. White, gray and black in color. I do have each event documented down in a log book I started. Mufon case 67994 – 11/7/2015.