January 10, 2016
The past few days, strange sounds and mysterious booms were heard by people from different parts of the world.

While most people are unaware of this phenomenon, the noises occur around people all the time.

People throughout the world hear more and more the mysterious trumpet sounds coming from unknown locations and the mysterious booms that shake houses and it is going away. 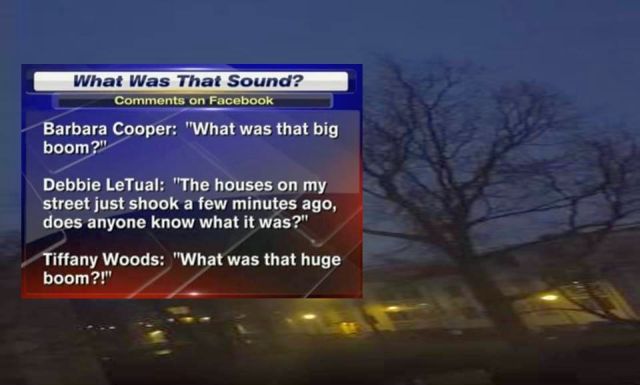 Strange sounds in the sky were recorded on January 6, 2016 in Gouda, Netherlands.

And Sunday night many residents of Agadir, Casablanca and Tangier in Morocco were startled by a strange noise. Many considered it as a "bad sign". Some think that they were aliens, others the sign of a major disaster or an attack.

Nobody can explain the trumpet-like sounds and the strange booms and no one can say where it comes from. But scientist assume, it could have something to do with a geophysical phenomenon or an ultrasonic sound, while some researchers say it has to do with man-made secret space weapons and ground based stations like HAARP.

Despite the plausible explanation that the strange sounds and booms are caused due to geophysical processes, we cannot deny that secret geophysical space weapons are used to manipulate the on-going process inside the Earth and manipulate the frequencies of the electromagnetic protective layer around the earth resulting in more (man-made) earthquakes, volcano eruptions, etc.

In addition, there are disturbing reports about a significant increase in fireballs and meteors.

The pattern is congruent: from 2010 onwards, the frequency of fireballs has been increasing each year in an exponential fashion. 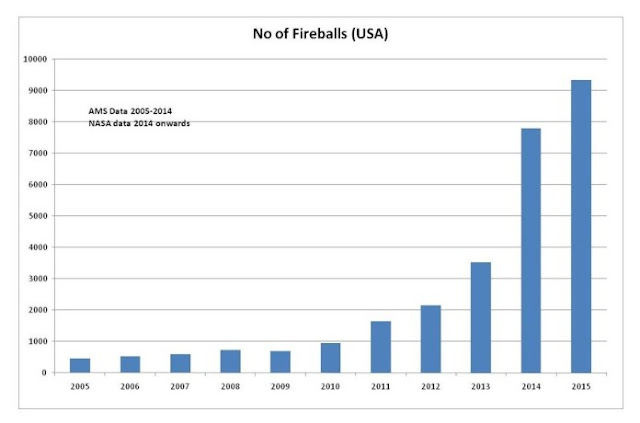 Read full report and graphics on meteors and fireballs are increasing dramatically at Sott.net

So what’s up in space that the earth groans and grumbles, yet the dramatically increase in fireballs and meteors. It appears that one of a couple of things is happening:

The solar system is moving into an area of space where it is encountering a higher density of rocks/asteroids, along with the debris trails of some comets.

Or Nemesis is approaching the inner solar system and perturbing comets/asteroids from the Kuiper Belt and/or the Oort Cloud.

The two scenarios are not mutually exclusive: the first scenario could also be triggered by the second.

The 'Nemesis' hypothesis proposes that the Sun has a companion star - a brown or red dwarf - in a highly elliptical orbit that periodically disturbs comets/asteroids in the Oort Cloud, causing a large increase in the number of comets visiting the inner solar system, and a consequential increase in impact events on Earth as well as it has a dramatically effect on the on-going processes inside the earth.

Finally, we may assume that governments and some organizations know about it, but they are silent, on the other hand, they worsen the situation by using Earth directed space weapons and Haarp-like facilities which result into more un-natural weather events and disasters.

Read also our articles:
Planet Earth blows its trumpet of the apocalypse
Space Fence - The secret star wars-like technology that manipulates all life on Earth