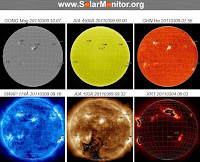 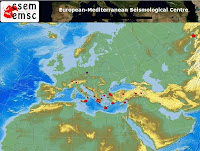 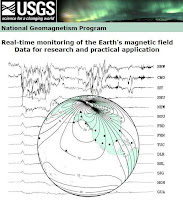 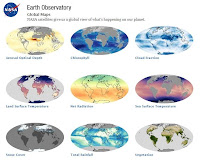 On October 15, 2021 the LASCO C2 satellite captured a series of strange lights near the sun.  The lights are exactly opposite and parallel to each other and seems to be connected, forming a triangular shape.  Since it seems impossible that this phenomenon is just a natural or rare occurrence in space, we assume that this partially cloaked triangular object is some kind of advanced technology used by an intelligent race.
Read more

The Sun could be dragging Earth through a vast cosmic tunnel in space. Dr. Jennifer West discovered that the Earth may be surrounded by what she describes as a magnetic tunnel that can be seen in radio waves.  Dr. Jennifer West, Research Associate at the Dunlap Institute for Astronomy and Astrophysics, is making a scientific case that two bright structures that are seen on opposite sides of the sky – previously considered to be separate – are actually connected and are made of rope-like filaments. This connection forms what looks like a tunnel around our solar system.  “If we were to look up in the sky,” explains West, “we would see this tunnel-like structure in just about every direction we looked – that is, if we had eyes that could see radio light.”  Called “the North Polar Spur” and “the Fan Region,” we’ve known about these two structures for a long time. “Since the 60s,” West says. But most scientific explanations have focused on them individually. West and her colleagues believe
Read more

Looking at the famous Da Vinci, “The Last Supper” picture, mirroring and inverting the picture in the correct way, inverting it right down the middle you get a hidden image that is unbelievable. What is revealed is absolutely Jaw Dropping! The question is, what did Da Vinci Know that he is trying to reveal? Link: Photo's "The Last Supper Wikipedia http://upload.wikimedia.org/wikipedia/commons/3/34/DaVinciCodeSolution.jpg Original http://dl.dropboxusercontent.com/u/3687918/the_original.jpg Mirror http://dl.dropboxusercontent.com/u/3687918/Mirror_aligned.png
Read more