Nephilim Revelations : Are They Still Here? 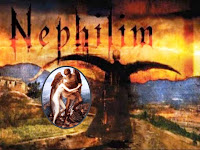 Fallen angels, an extinct race of giants, ETs--what were the Nephilim of the Bible, and what happened to them. OR, are they still around? The books of Genesis and Enoch tell us that beings called the Watchers descended to Earth, had sex with women and created a race of hybrid offspring called the Nephilim.

Many people approach the subject of angels and demons as a mythological representation of good and evil. Yet the Bible, especially the Book of Genesis, authored by Moses himself, gives a description of their origin:

"When human beings began to increase in number on the earth and daughters were born to them, the Sons of God saw that these daughters were beautiful, and they married any of them they chose. Then the Lord said, 'My Spirit will not contend with human beings forever, for they are mortal, their days will be a hundred and twenty years.' The Nephilim were on the earth in those days -- and also afterward -- when the Sons of God went to the daughters of the human beings and had children by them. They were the heroes of old, men of renown." -- Genesis 6:1-4

One of many ancient scriptures that didn't make the final cut when the Bible was compiled by the Council of Nicea (325 AD). 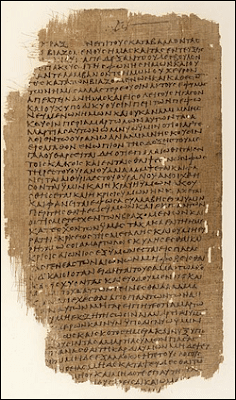 The Book of Enoch was written about 300 BC and left traces of its existence in both the Dead Sea Scrolls and certain Coptic texts. The first part of the Book of Enoch describes the fall of the Watchers, the angels who fathered the Nephilim. The remainder of the book describes Enoch's visits to heaven in the form of travels, visions and dreams, and his revelations.

"It happened after the sons of men had multiplied in those days, that daughters were born to them, elegant and beautiful. And when the angels, the sons of heaven, beheld them, they became enamoured of them, saying to each other, 'Come, let us select for ourselves wives from the progeny of men, and let us beget children.' Then their leader Shamyaza said to them; 'I fear that you may perhaps be indisposed to the performance of this enterprise;' And that I alone shall suffer for so grievous a crime. But they answered him and said; 'We all swear'; 'And bind ourselves by mutual execrations, that we will not change our intention, but execute our projected undertaking.' Then they swore all together, and all bound themselves by mutual execrations.

Their whole number was two hundred, who descended upon Ardis [during the days of Jared], which is the top of mount Armon [Mt. Herman in present day Israel]. That mountain therefore was called Armon, because they had sworn upon it, and bound themselves by mutual execrations.

These were the prefects of the two hundred angels, and the remainder were all with them. Then they took wives, each choosing for himself; whom they began to approach, and with whom they cohabited; teaching them sorcery, incantations, and the dividing of roots and trees. And the women conceiving brought forth giants. -- 1 Enoch 7:1-11

But what happened to them? Did they die out, were they killed off...or do they STILL EXIST? Scott Alan Roberts makes a compelling and unique case that informs us about what really happened, who the Nephilim might actually be, and whether or not they still exist--and also, what kind of influence they may have in the world today.