September 12, 2014
According to KTVU, they and their affiliate station in Sacramento received multiple calls about a bright light streaming across the sky around 6 a.m. 2014-09-12. 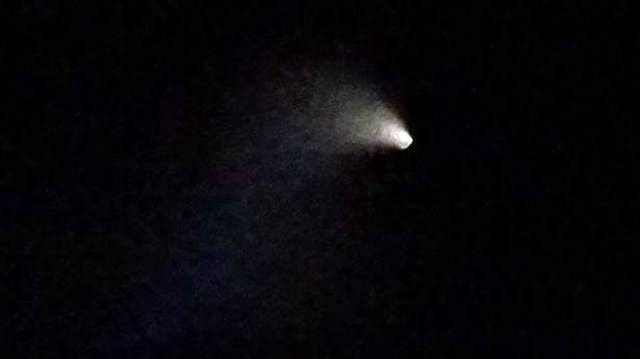 KTVU checked in with the Vandenberg Air Force Base and FAA who both said they aren't aware of what may have caused the bright light.

There's a strong solar storm scheduled to hit earth beginning Friday morning, and experts say the light could be tied to the storm. 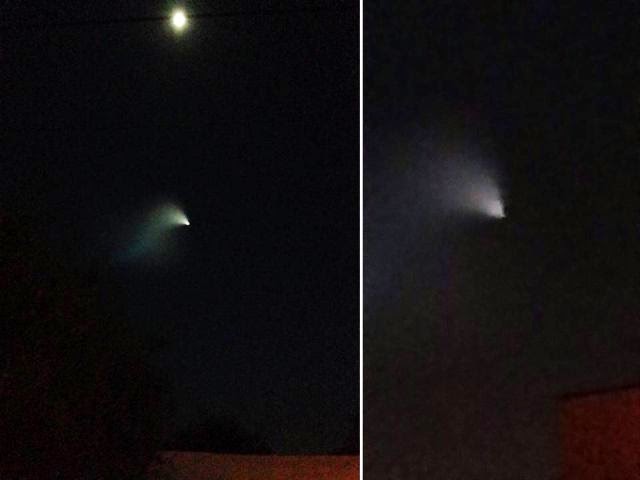 Approximately 5:55 am entire crew witnessed a bright light appearing near, but below the moon in the southwestern sky. The light appeared at first to be aircraft landing lights as though shining through a fog, but remained somewhat stationary and the direction the light shine did not change much as an aircraft's landing lights would if it were turning. The light originated from a bright point and fanned out.

I've attached two digital photos, one by me and one by a co-worker who photographed it from a different location. 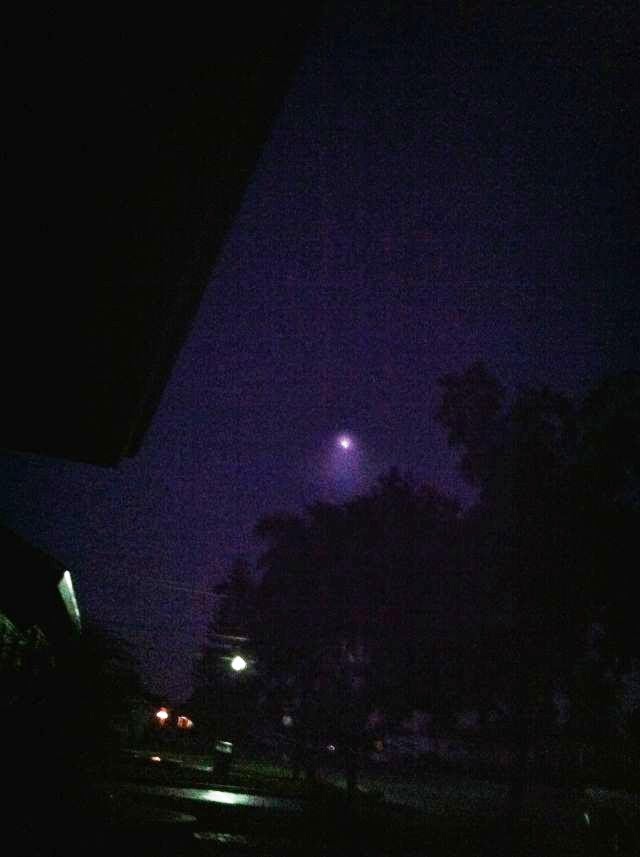 My friend and I headed to Wild Willy's Hot Spring just outside Mammoth Lakes at 5:30 am before the sunrise.

Shortly after arriving, at about 5:45 am, he said he saw a strange shooting star to the west. I looked but did not see anything at that time. About 10 to 15 minutes later, I saw a sphere or disc of light as bright as the moon appear about 20 degrees above the horizon to the West.

Although I first thought it was a searchlight of some aircraft, it was clearly too large to belong to any aircraft. There was no sound at all. A trail formed to the left of the object, and it ascended and appeared to head directly toward us, increasing in size. It started to descend, having formed a noticeable arc, then the light started to dim, and disappeared altogether.

I grabbed my cell phone and shot a photo of it. You can see the trail and it shows that the object arched upwards and then descended, bearing the trail above it as it came toward us. 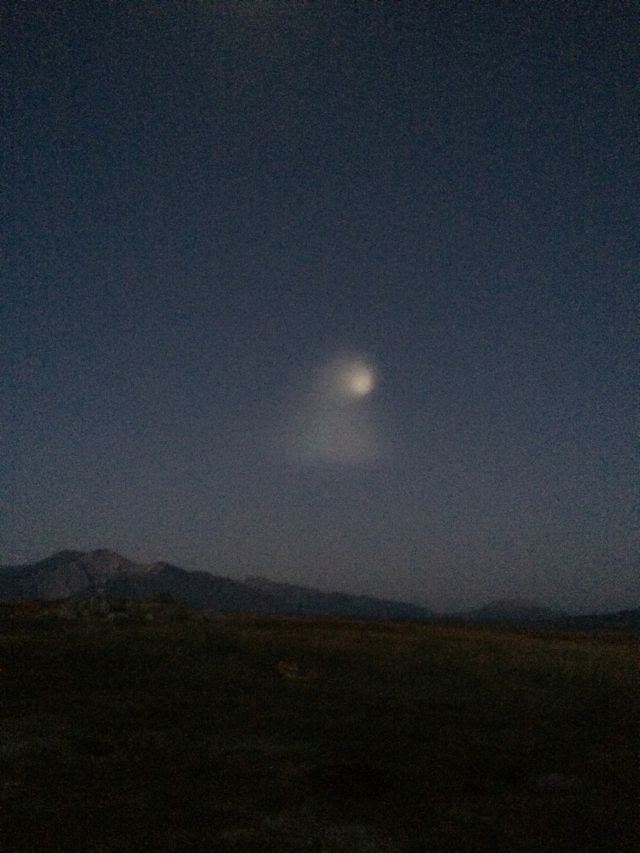 At 6am this morning of September 12, 2014 I went out to my front porch, sat on my steps to have my morning coffee. I started to look around at the sky and all of a sudden looking to my left into the sky a BRIGHT white light appeared, just appeared out of nowhere. It didn't come to like a plane nor helicopter. It just appeared.

This morning the sky was clear, no fog or anything! It seemed very close. At first I wasn't sure what to think, I was shaking from the inside out. A couple sec's went by and I grabbed my cell phone to take pictures of this object.

It then started to emit what looked like a fog-like mist from the bottom of the object. There was no sound, no smell...Nothing... As quick as it came, is as quick as it went out POOF, like a light bulb!

Left me feeling rattled to the core like something very un-holy just had happened! I'm still uneasy about what I had witnessed. My boyfriend was on his way to work at the time of this incident. I had text him about it and sent the picture I took as well. He said he had seen the light and at first thought it was the moon, and then realized it was not. But, he proceeded on to work not giving it a second thought until he received the text and pictures that I sent. 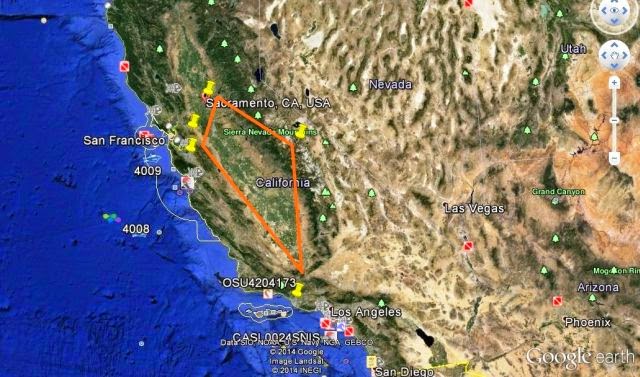 At this point, additional details have not been released.