September 14, 2014
One day after a mysterious bright light in the sky appeared over California, unknown bright white orbs appeared in the sky over Sante Fe and Albuquerque New Mexico. 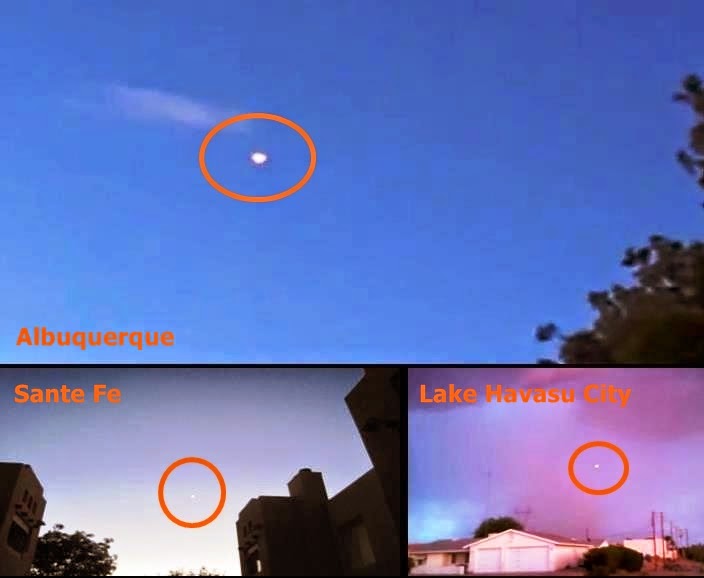 A witness in Sante Fe, New Mexico took a photograph of a bright white Orb and stated:

“Going out to my car in the parking lot of my complex. Noticed bright white light in the western sky. Had no idea what it was - too small to be the moon, thought it could be a planet although it was too large. Was stationary for about an hour.

My dad (who couldn't see it in the sky - he is 300 mi away) said it was probably a weather balloon.

Two another witnesses captured videos of a bright white orb (maybe the same orb?) over Albuquerque in New Mexico at 7.30 pm on September 13, 2014.

A witness captured video of a strange light in the sky. The unidentified light hovers in the sky, then slowly descends into what the witness surmises is SARA Park in the southeastern park of the city.

So far, there is no logical explanation for these bright lights in the sky.