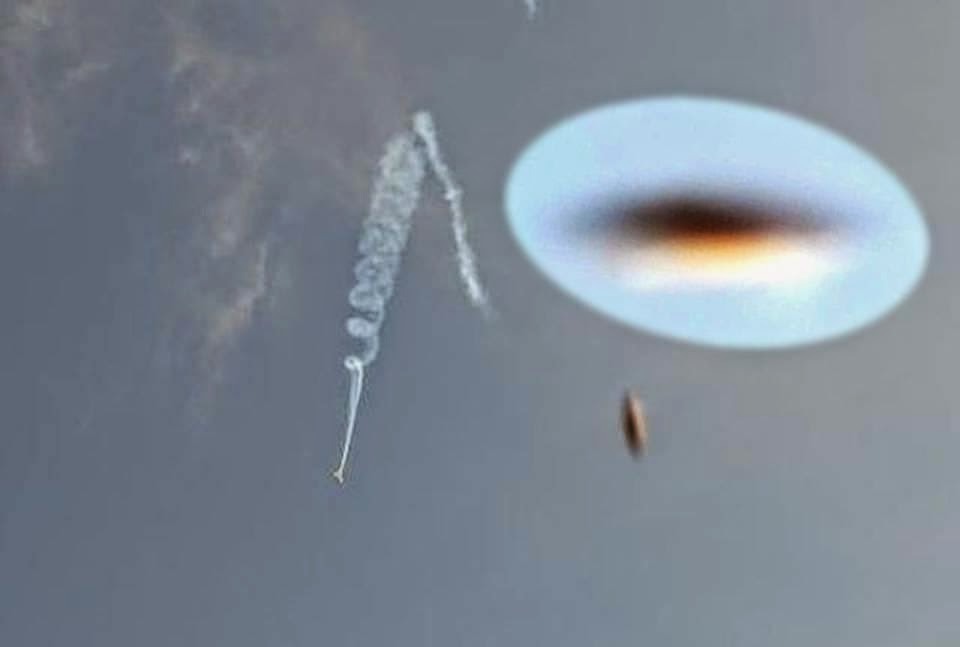 Image left: The object was hovering more closer then the low altitude plane.

It is not the first time a UFO is observed during an air show.

It has been found that when a UFO appears during an air show, in many cases this leads to an almost hit or a fatal crash of the stunt plane.

These objects are unknown and could be drones, remote controlled model airplanes or helicopters, birds or even extraterrestrial craft.

It was taken by an onlooker in November, 2010 during the changing of the Air Force Command at El Bosque Air Base in Santiago, Chile.

During the Madrid air show in May, 2013, a jet fighter crashes, probably caused by a UFO.