on February 01, 2016
A strange trail in remote area of the Himalayas could come from the mysterious Yeti, according to hiker Steve Berry who spotted the footprint-like tracks on Gangkhar Puensum, Bhutan. 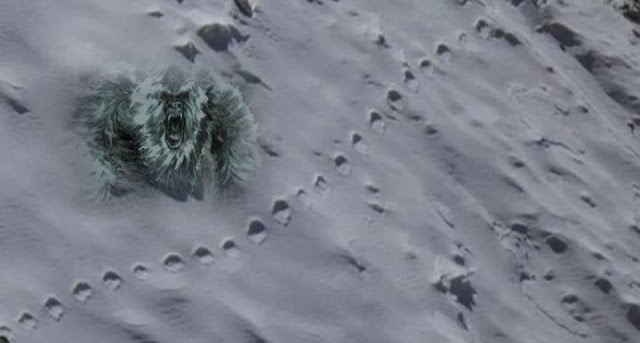 Rather than the footprints belong to the legendary Yeti, experts believe the tracks could belong to a goat, however, a yak herder told Mr. Berry he had seen the yeti about 11 years earlier.

The creature covered in long dun brown-colored hair was about 100 yards from me, before it disappeared. Furthermore the Yeti put one foot directly in front of the other and these tracks are similar to the tracks of the Yeti I have seen, the Yak herder said to Mr. Berry.

Another interesting detail, the area of the supposed footprints of the Yeti is located in the same region of the Himalayas (see above image) where Google Earth has blacked out a large part of a mountain peak and where locals witnesses strange apparitions and suspicious objects.