Explain This! Flying "Reptile" Head caught on camera over the River Tay, Scotland?

July 28, 2017
While visiting the river Tay in Scotland a family photographed a strange object in the sky described as a strange huge brown egg shaped object, but to me it looks like the head of a reptile or fish. 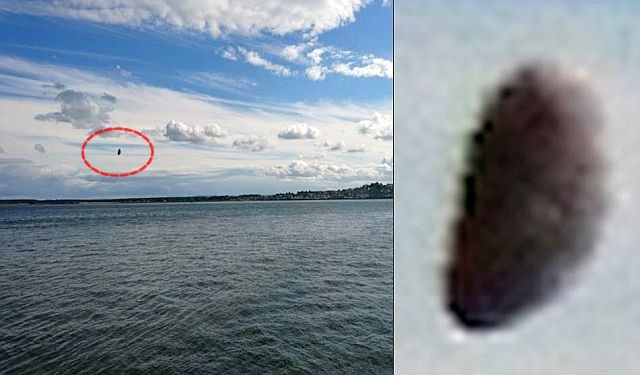 Now it is known that sometimes, fish falling from the sky once they get up into the weather system caused by severe weather conditions. It is common for example for tornados to suck up water and fish from rivers and drop them hundreds of miles away.

If such an event happens than mostly hundreds of fish falling from the sky at once, but in this case we only see a head which doesn't seem to fall out from the sky.

I took several pictures while focusing on the water and when I looked back to see if I had caught any dolphins emerging, one of the photos in the middle of the set taken had a strange brown egg shaped object in the sky. 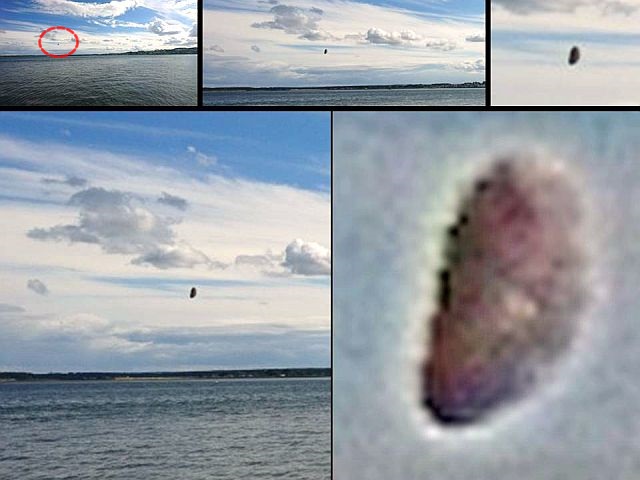 Clearly the object is in the distance and is not dirt on or in my lens as my device is waterproof therefore airtight and nothing shows in the pictures before or after. I just can't explain it.

Can you explain it?