The Eerie Sounds of Saturn and Its Moon Enceladus 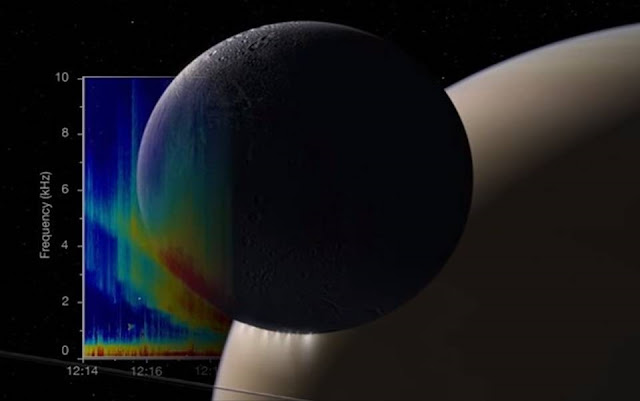 Researchers converted the recording of plasma waves into a “whooshing” audio file that we can hear, in the same way a radio translates electromagnetic waves into music.

Much like air or water, plasma (the fourth state of matter) generates waves to carry energy.

The recording was captured by the Radio Plasma Wave Science (RPWS) instrument Sept. 2, 2017, two weeks before Cassini was deliberately plunged into the atmosphere of Saturn.

The universe is not only fascinating and full of secrets it continues to surprise us. Listen to the eerie sounds of Saturn and its Moon Enceladus.