Aliens Living Among Us

A special report of Juan von Trillion and Gary Vey

Aliens Living Among Us (Start Part 1)


An overview of the current status of the "official" disclosure to the public about the presence and history of alien races on our planet. Revelations include the influence and utilization of alien technology by such defense contractors as McDonnell Douglas and Lockheed-Martin, including the now shocking death-bed revelation by former secret "Skunkworks" director, Ben Rich, that "Extraterrestials and UFOs are REAL." The recent announcement by high level military personnel, stating that UFOs have compromised our nuclear missiles on more than one occasion, is also included.

This reviews some of the famous people -- presidents and astronauts -- who have witnessed UFOs and/or aliens and have come forward (more or less) to alert the public that these phenomenon are real. Some amazing claims are made, including the presence of military bases "off planet" and we begin to see how the military, or some other organization, has been working all along with extraterrestrials.

This part focuses on one of the more amazing stories that have come out in recent years. Ex-military airman, Charles Hall, describes how a remote desert base has been used as a "rest area" for an alien race of tall, human-like beings. Not only do they interact with some of the military but they also go in disguise to nearby Las Vegas, essentially as clandestine "tourists." It's not all humor as Hill gives details and appears totally credible.

Some contact with aliens has been well documented and their messages have been shared. This part of the series covers the Urantia Papers which give an incredibly detailed report on the social, political and religious structure of the universe, according to a number of different beings of the realm. These reports, or "papers" leave nothing to the imagination as they describe the various forms of life on different inhabited worlds, what they look like, what they eat and breathe and their ideas about God.

This part of the series gets down to the business of proof. The real evidence of alien abductions is discussed, along with the possible methods and purpose of these events. The abduction procedure appears standardized and is described in detail. The possibility of a hybridization program is considered, along with its implications for the human species. Do the aliens possess the ability to co.

Evidence is presented that the US military made contact with an alien race and formulated an agreement which essentially traded the freedom to abduct and experiment on human subjects in return for advanced technology. The history and facts of this agreement are detailed. Even more shocking is the fact that this advanced technology -- capable of transforming our civilization and eliminating most of our social and political problems -- has been kept secret and used by the military industrial complex for weaponization! You will be angry and sad with this information. It paints a very negative picture of both the aliens and the global gov.

This final section considers the good and bad attitudes that some "contactees" have regarding the aliens and their activities here on our planet. Why do some people "love" them, despite the horrific things that are done during an abduction? What is the credibility of these proponents of "friendly aliens"? Several examples of some famous alien encounters are reviewed. 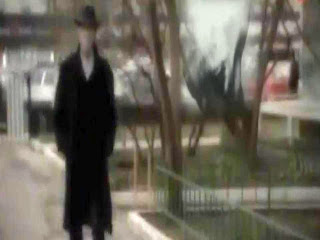 Full Russian Documentary of the real Men in Black - The Aliens among us!