The Citizens' Hearing on Disclosure is Coming 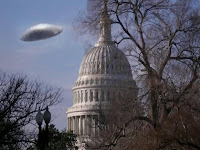 An event will be held in Washington, DC at the National Press Club from April 29 to May 3 in which a powerful group of researchers and military/agency witnesses will testify for 30 hours over five days before former members of the U.S. House and Senate - a Citizens' Hearing on Disclosure.

The motto for this event is "If Congress will not do its job, the people will."

A theatrical quality documentary will be produced about this event slated for distribution in the fall of 2013.

The goal of this event/documentary is nothing less than ending the ET truth embargo in 2013.
Source: www.citizenshearing.org