The Largest Reptilian and Grey Base in America 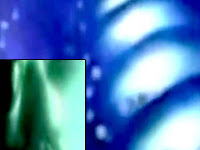 Dulce underground secret Base under Mt. Archuleta, Dulce, New Mexico. This is the Largest Reptilian and Grey Base in America.

The Dulce alien underground base where humans and aliens work together on horrific bio genetic experiments.

the Secret Government cloned humans by a process perfected in the world's largest and most advanced biogenetic research facility, Los Alamos. The elite humans now have their own disposable slave-race. Like the alien Greys, the US Government secretly impregnated females, then removed the hybrid fetus after a three month time period, before accelerating their growth in laboratories. Biogenetic (DNA Manipulation) programming is then instilled - they are implanted and controlled at a distance through RF (Radio Frequency) transmissions.

Many Humans are also being implanted with brain transceivers. These act as telepathic communication "channels" and telemetric brain manipulation devices. This network was developed and initiated by DARPA. Two of the procedures were RHIC (Radio-Hypnotic Intercerebral Control) and EDOM (Electronic Dissolution of Memory).

They also developed ELF and EM wave propagation equipment, which affect the nerves and can cause nausea, fatigue, irritability, even death. This research into biodynamic relationships within organisms has produced a technology that can change the genetic structure and heal.

U.S. Energy Secretary John Herrington named the Lawrence Berkeley Laboratory and New Mexico's Los Alamos National Laboratory to house new advanced genetic research centers as part of a project to decipher the human genome. The genome holds the genetically coded instructions that guide the transformation of a single cell, a fertilized egg, into a biological organism.

Remember Phil Schneider: Phil Schneider was a self-taught geologist and explosives expert. Of the 129 deep underground facilities Schneider believed the US government had constructed since World War II, he claimed to have worked on 13. Two of these bases were major, including the much rumored bioengineering facility at Dulce, New Mexico. At Dulce, Schneider maintained, "gray" humanoid extraterrestrials worked side by side with American technicians. The American government concluded a treaty with "gray" aliens in 1954. This mutual cooperation pact is called the Grenada Treaty. ( Phil Schneider died on January 17, 1996 under suspicious circumstances). 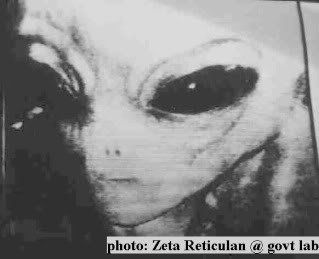 In 1954, the race of aliens, known as Greys, from Zeta Reticuli area in space, who had been orbiting the equator, landed at Holloman Air Force Base. they stated their planet was dying and needed quarters on earth to conduct genetic experiments that might allow their race to survive; this in exchange for certain technology.

President Eisenhower met with the aliens and a formal treaty was signed (Greada treaty). The treaty stated the aliens would not interfere in our affairs and we would not interfere in theirs. We would keep their presence on earth secret; they would furnish us with advanced technology. They could abduct humans on a limited basis for the purpose of medical examination and monitoring, with the stipulation that the humans would not be harmed, would be returned to their point of abduction, that the humans have no memory of the event.

It was also agreed the alien bases would be constructed underground, beneath Indian reservations in the 4 corners area of Utah, New Mexico, Arizona and Colorado. Another was to be constructed in Nevada in the area known as S-4, about 7 miles south of area 51, known as 'Dreamland'. A multi-billion dollar secret fund was organized and kept by the Military Office of the White House, supposedly to build secret underground sites for the President and the staff in case of military attacks.

By secret Executive Memorandum, NSC5410, Eisenhower established a permanent committee known as "Majority Twelve" (MJ12) to oversee and conduct all covert activities with the aliens. This included FBI director J. Edgar Hoover and six leaders of the Council on Foreign Relations, known as the 'Wise Men' and later others from the Trilateral Commision. George Bush, Gordon Dean, and Zbigniew Brzezinski were among them.

A major finding of the commission was the aliens were using humans and animals for a source on glandular secretions, enzymes, hormonal secretions, blood and in horrible genetic experiments. The aliens explained these actions as necessary for their survival, that if their genetic structure were not improved, their race would cease to exist.

The ruling powers decided that one means of funding the alien project was to corner the illegal drug market. A young ambitious member of the Council on Foreign Relations was approached. His name is George Bush who at the time was president and CEO of Zapata Oil Co. based in Texas. Zapata Oil was experimenting with offshore oil drilling and it was arranged that the drugs could be shipped from South America to the offshore platforms by fishing boats, then transferred to the U.S. shore by normal transportation, thus avoiding search by customs agents.

The plan worked better than anyone expected, and today the CIA controls all the world's illegal drug markets. The drug money was used to finance the deep underground alien bases.

In this footage ( Dulce underground secret Base under Mt. Archuleta  New Mexico) you can see a vast hall of cryo genetic feeding tanks and vats Each of these tell a confusing, disturbing story of human / alien interaction in the top secret. Source: Project Camelot , educate-yourself.org