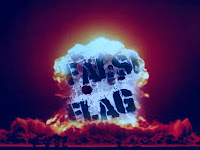 North Korea is threatening to destroy the United States with a nuclear missile strike. Yet there appears to be a consensus among the Obama administration and Republicans on the congressional intelligence committees that such an attack is beyond the capabilities of North Korea.

At this dangerous juncture, it may be useful to remember Pearl Harbor.

On December 7, 1941, Imperial Japan delivered a devastating attack on the U.S. Pacific Fleet at Pearl Harbor. Prior to the attack, President Roosevelt's administration imposed economic sanctions on Japan, intended to cripple Japanese aggression against China, and dismissed bellicose protests from Tokyo as empty rhetoric. The U.S. Navy was confident that it could prevail over Japan in any conflict because the U.S. had more battleships. But Japan's innovative use of aircraft carriers, a decisive new military technology underestimated by the U.S. Admiralty, enabled Tokyo to sink U.S. battleships in their crushing attack on Pearl Harbor, achieving strategic and technological surprise. Read article

Pearl Harbor was an inside Job.

President Roosevelt not only knew about the attack in advance, but that his administration did everything it could to cause a japanese attack on America and thus, allowing America to enter WWII with the American people fully behind the decision. Read The McCollum memo, written by Lieutenant Commander Arthur H. McCollum on October 7, 1940, exactly fourteen months before the attack on Pearl Harbor on December 7, 1941, which outlined eight points that the Roosevelt administration could do to instigate a dramatic response by the Japanese without the Congress, or the American people getting too suspicious. Read article

False flags have been used through history.

The economy is about to collapse. The NWO and thus also the Obama administration creates a  smokescreen for the real problems to divert the citizen’s minds.

With North Korea's possession of nuclear weapons, the NWO have arranged another 'false flag' attack upon America via North Korea and Kim Jong-Un to grab attention for their agendas.

Last Tuesday, during a meeting in the Vice-President’s office, Dick Cheny told members of House Republican leadership that they need to be wary of North Korean leader Kim Jong-Un in the escalating situation in the Korean Peninsula. With his statement he actually confirms A “False Flag” operation.

Will North Korea as a NWO pawn attempt to draw South Korea and America in with a “false-flag” attack?

If they do, than America will be ready?

The American people are being assured by their political leaders every night on every news channel not to worry about the possibility of North Korea making a nuclear attack on the U.S. mainland but after all, there is some compelling evidence that North Korea just might be able to deliver on its threat to make a catastrophic nuclear attack on South Korea and the United States.

Despite rumors that America is gearing up for something big, a top general says federal budget cuts that will ground one-third of the U.S. Air Force’s active-duty force of combat planes including fighters and bombers means “accepting the risk that combat airpower may not be ready to respond immediately to new contingencies as they occur.” Coincidence?

And IF the situation escalates, Korea's ally Iran will definitely respond with as a result that finally as planned by The New world Order, America and their allies capture the two nasty birds with one stone.

We are moving towards War with North Korea, Iran and maybe Syria with as result WW3?

Will repeat the history itself?