June 17, 2013
A pyramid on the Moon located by an amateur telescope?

Apollo 17 NASA Lunar photograph AS17-136-20680 shows after adjusting the contrast, a pyramid. We have many different pyramids here on earth. This Apollo photo confirm at least one type of pyramid on the moon.

Could this be another? 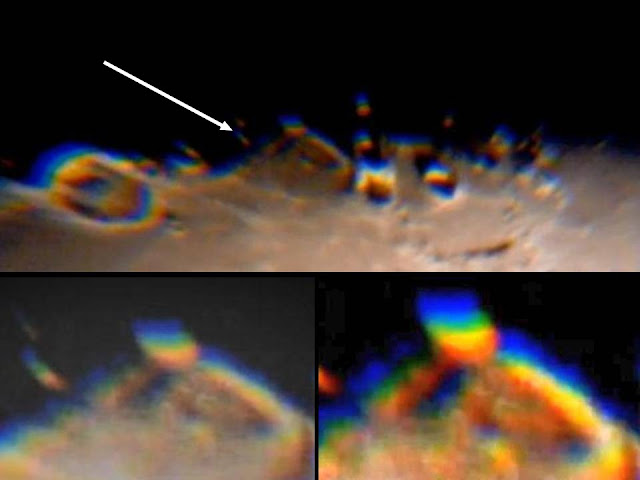 Could this be a stepped pyramid on the moon?


So is this a pyramid captured by an amateur telescope or is it just an optical illusion?