Tornadic waterspout rips through the South of France - June 9, 2013 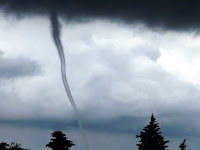 A natural phenomenon more common for America, a tornado, has hit the South of France shocking locals and holidaymakers on the Côte d'Azur, the Mediterranean coastline.

As thousands in Central Europe are struggling to cope with devastating floods which have already claimed the lives of at least 21 people, a tornado ripped through the French Riviera on Sunday morning.

The violently rotating column of air and water formed off the coast not far from popular resort towns of Cannes and Nice. 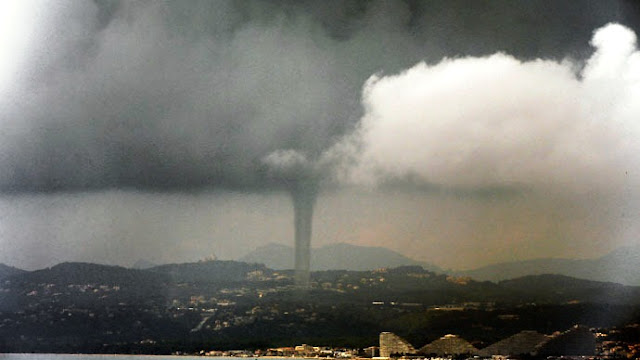 The phenomenon was observed from the Cagnes-sur-Mer commune in southeastern France, rising off to Villeneuve-Loubet and Antibes, reports Nicematin.com. RT