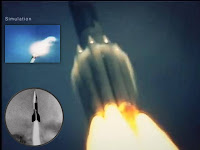 Professor Jacobs is a respected professor at a major US university. In the 1960's he was in the Air Force.

He was the officer in charge of optical instrumentation and his job was to film ballistic missile tests launched from Vandenberg Air Force base in California.

In 1964, during a test of the first missile they filmed, they caught on film a UFO traveling right next to the missile. The film showed that from the UFO a beam of light was directed at the missile.

The next day he was shown the film by his commanding officer and was told never to speak of this again.

Colonel Dedrickson is a retired Colonel from the USAF. He went to Stanford Business School where he studied management. 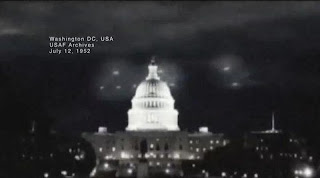 Back in the 50's, part of his responsibilities included maintaining the inventory of the nuclear weapon stockpile for the AEC and accompanying security teams checking out the security of the weapons.

Many reports kept coming in that UFOs were seen at various nuclear storage facilities and some of the manufacturing plants.