November 20, 2013
For the 2nd time in 3 weeks, Oregon residents have witnessed fireballs raining down from their skies!

This time in the shape of a flaming pyramid structure! 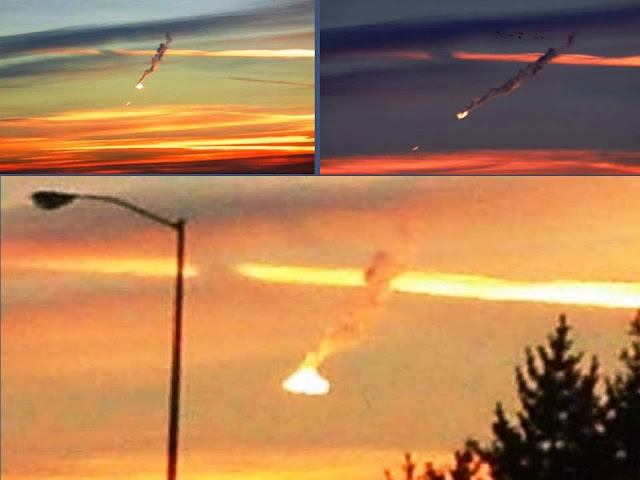 Witnesses saw ‘a strange line in the sky’ and as it continued down, the trail behind it started to spread out, Then it lit up like a fireball.

According to U.S. Strategic Command, no man-made objects reentered the atmosphere in our area on Wednesday, which excluded the possibility that some space junk fell to earth.