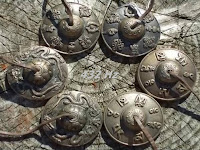 432 Hz is an alternative tuning that is mathematically consistent with the universe. Music based on 432 Hz transmits beneficial healing energy, because it is a pure tone of math fundamental to nature.

The current tuning of music based on 440 Hz does not harmonize on any level that corresponds to cosmic movement, rhythm, or natural vibration. Around 1940 the United States introduced 440 Hz worldwide, and finally in 1953 it became the ISO 16-standard. The reason to change 432 Hz into 440 Hz is explained in Musical Cult Control: The Rockefeller Foundation’s War on Consciousness Through the Imposition of A=440 Hz Standard Tuning.

440 Hz is an unnatural standard tuning frequency and 440Hz frequency music conflicts with human energy centers. The music industry features this imposed frequency that is ‘herding’ populations into greater aggression, psycho social agitation, and emotional distress predisposing people to physical illness and may generate an unhealthy effect or anti-social behavior in the consciousness of human beings.

The science of Cymatics (the study of visible sound and vibration) proves that frequency and vibration are the master keys and organizational foundation for the creation of all matter and life on this planet. When sound waves move through a physical medium (sand, air, water, etc.) the frequency of the waves has a direct effect upon the structures which are created by the sound waves as they pass through a particular medium, like the human body which is made up of over 70% water!

The video below shows the incredible power of sound waves/frequency. Start at 1.25 minutes: