February 24, 2014
Rocks appear and disappear while the images are quite the same.

How is it possible that those rocks appear and disappear?

Two pictures show the same rock formation, but on the first photo there are NO rocks but on the second photo we see TWO rocks. 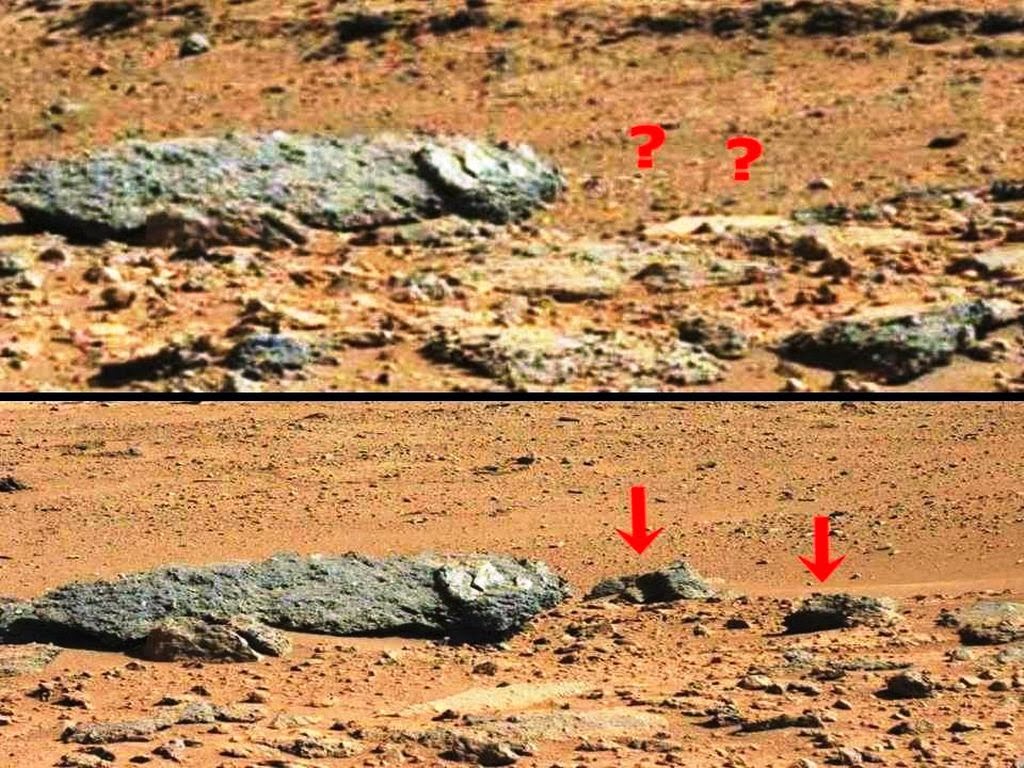 Both pictures are taken from some distance, so it is impossible that these rocks have been moved by the wheels of the curiosity.