Early this morning, I was laying on my back, on top of the car hood, head laying on the windshield. My mom was inside the closed in porch sitting at the table. She had gone inside just a few mins prior to the sighting. I had just muttered the words "I'm ready for a demonstration".

At that exact moment, as incredible as it was, I noticed what appeared to be, for a split second 2 fireballs right next to each other, touching. 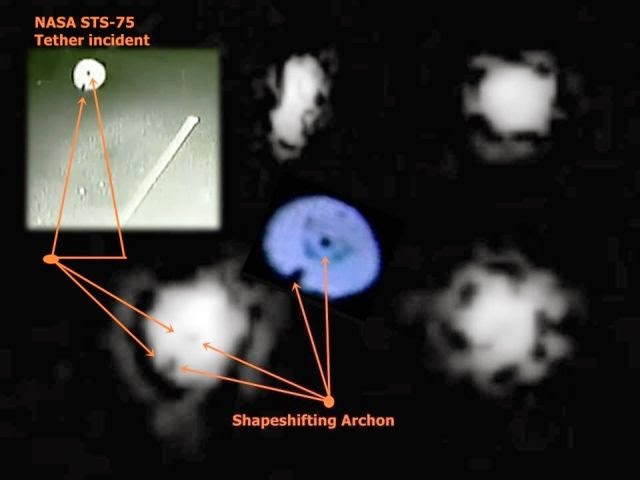 Note: Five still images of the object are processed into one image. Though the photographer talks about a fireball, it seems like the object changes its shape into a so called ‘Archon’ or living being, similar to the object in NASA's tether incident.

I sat up and turned so as not to lose sight, at that moment I called out to my mom to hurry and get outside. Even though I hadn't lost sight from my quick movement I had to regain a good focus, at that second it appeared that the objects had merged into a single fireball.

I had my cell phone, a galaxy S5, sitting on my stomach when I was laying on the car so it was in hand as I got up from the car. I tried to get into the camera while keeping my eyes on the fireball.

I glanced at the cell to start the video, and zoom to max. I did get about 15 seconds of video of the object and I could of kept the camera on the object however the binoculars were right by me and as the object got further away I wanted to see it up closer before it was completely out of sight.

This was my first sighting and I have no doubt in my mind, it is a UFO and then looked it up online and sure enough it is another phenomena, and I believe associated closely with UFO's. Mufon case 59240.

It was July 25th 2014 and myself and my tour group were headed to Abu Simbel airport and were beginning our descent. I noticed a pyramidal mound in the distance out of the left side of the plane Window. When I went to take the picture all of a sudden out of nowhere I saw a bright beam of white light and flash accelerate at great speed in the same direction we were flying in. 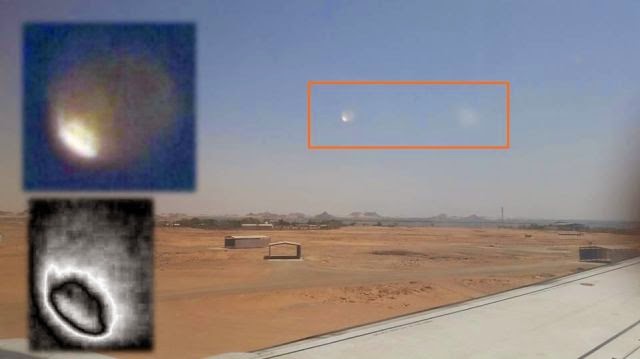 The flash of light was only visible for about 4-5 seconds and was out of sight in a short period of time. I then went to look at the photo and zoomed in 100%. I noticed that the object look like an orb object that I've seen in other UFO photos.

Being a person fascinated by UFO sightings and extraterrestrial beings my immediate reaction was a deep feeling and intuition that it was indeed a non-earthly space craft.

After the picture of the mound was shot I tried to rush to flip my recording option on to get the object on film but by then it was out of sight.

The motions the object made were in a straight path as the same direction of our flight, what took me off guard was the sudden appearance of the object and the great speed it appeared to have.

It also left some type of abnormal cloud in the distance although the normal clouds were a great distance beneath the plane and craft.

Everything happened so fast so I didn't get a chance to really observe the object long enough to know exactly what it was. I did feel a surge of excitement and shock, even a heart pounding reaction.

I showed my friend who was sitting next to me on the plane the photo and another friend once I got home from vacation, both who said the object looks odd. Mufon case 59270. 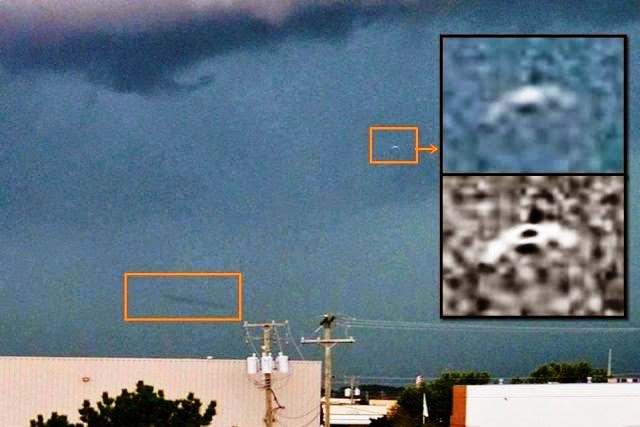 I am looking due west (Heydenreich Rd is about a half a mile west of my residence and I am just south of M-59). This object is at its lowest point of the three pictures I have of it. It is larger, but fainter, than the other pictures. I took another picture of the exact area (approximately 10 seconds later) and it shows no object. It made no sound, was not seen as I was taking the picture, and this wasn't on a "continuous mode" while shooting it with my Nikon D3100 w/18-55mm lens camera.

It appears to be camouflaged/cloaked, but it does show itself in some photos and with less than 3 minutes this object moved to the southwest of my residence, then to the south. Mufon case 59222. 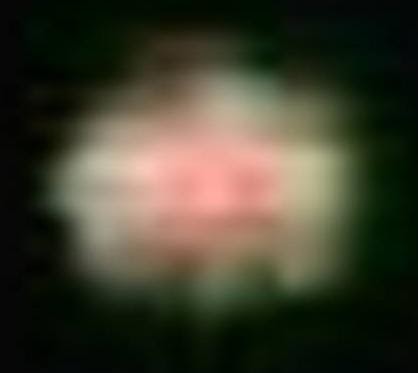 I have an exceptional view of the entire Las Vegas Valley and I spend quite a bit of time each night waiting for them. This actually began on April 16, 2014 when I shot video of a UFO dancing around North Las Vegas for almost five minutes.

It was reported to MUFON and was determined to be a true unknown.

Strange ring of lights seen in the sky over Minnesota

June 07, 2021
On May 29, 2021 a weird ring of lights appears in the sky over Bloomington, Minnesota. Two different clips pieced together of the same lights in the sky, from two vantage points and clip sped up so you can see the lights change a little better.  Next to the strange ring of lights, an unknown sphere that flies away. Source: www.mufon.com
Read more