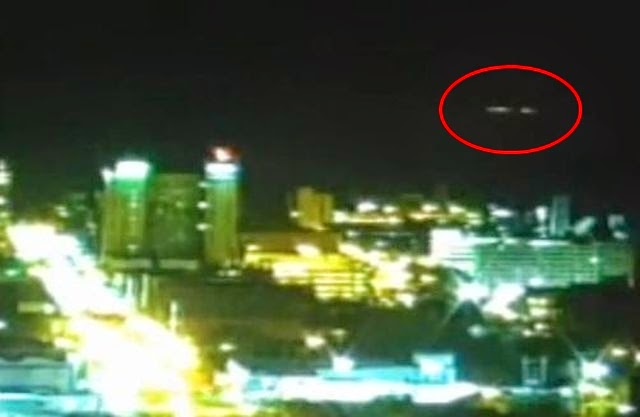 Again a UFO seen on Live TV in Erie Pennsylvania. The sighting is the 3rd one within one week.

Witness statement: “I was watching the 11 o'clock newscast in Erie, PA and at the end they always use a live camera shot from the top of the antenna camera.”

“As many times as I have seen the end of this newscast and that same shot from the antenna camera I have never noticed anything out of the ordinary like this. It was a cigar shape with a small strip of light missing in the middle.”

“The object in question appears to me like it is above the water line. Compared to the buildings and distance the object is pretty large.”