November 01, 2014
Witness statement: On a shopping trip on Tuesday, October 28th at 5 p.m. Stopped for a red light at an intersection, and noticed some beautiful fall trees just across the street. I was the passenger, so I took several photos with an iPhone. 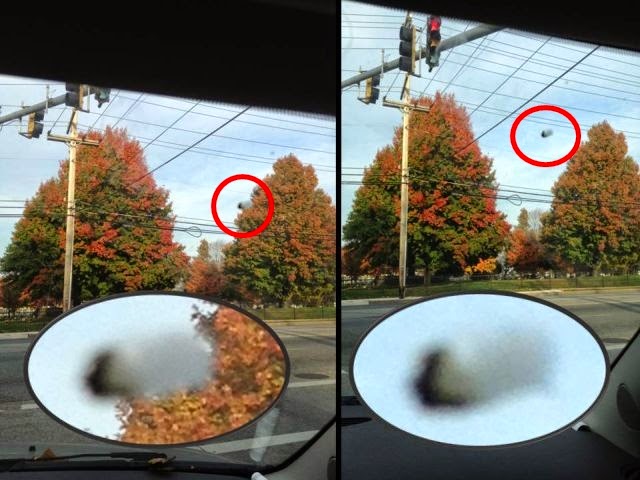 I had forgotten that I took the photos until I was looking at other photos on my phone today. I looked at the photos, and suddenly saw the large object between two trees. How could I not have seen that when I was looking at the trees or when taking the photographs?

How could either of us not have seen that? If it had been a blimp or helicopter, or even a small plane that close to us, we would have heard something. There was no noise other than regular traffic.

Trying to figure out what that thing is and why we didn't see it when we were looking directly at its path. Thought of a lot of possibilities, but it doesn't seem to fit any category. 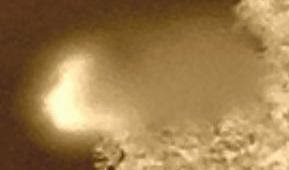 Admittedly, I know very little about aircraft types, other than passenger planes, the Stealth bomber and the flying wing, but it doesn't look like any plane I've seen, partly due to the unusual formation at the back, looking like a black triangle.

It doesn't seem to be a bird. Not something on the windshield because it has moved behind a tree in the second photo. 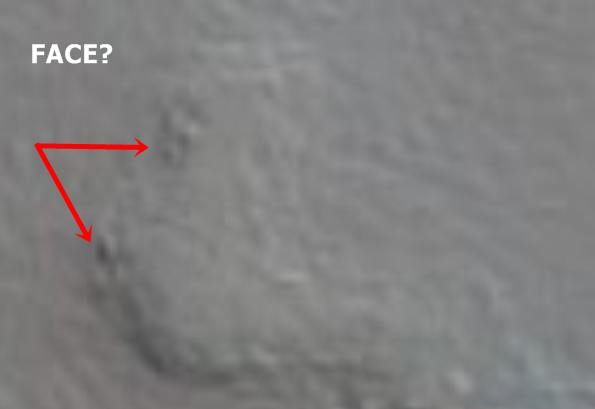 I even looked up the schedule for the Goodyear blimp, on the slim possibility that it might be that (although I have seen the blimp in person and it's noisy!).

Also, the object appears to be a dull gray color, no evidence of the blue and yellow on the blimp.

I'm not saying it's otherworldly, but it sure doesn't fit any parameters I know. Mufon case 61135.