January 15, 2015
Witness report: While driving around the country side(looking for unique winter scenes to photograph), north of Bloomington / Normal, IL., and just West / North West of Hudson, IL, on January 10, 2015 I stopped to capture a farm setting that had a large windmill towering above the property. It was bitter cold and windy, so I took a number of exposures to make sure that I had a good frame without camera shake. I was hand holding a Canon Mark IV with an 70-200mm f2.8 lens, at an ISO of 125 for fine detail. 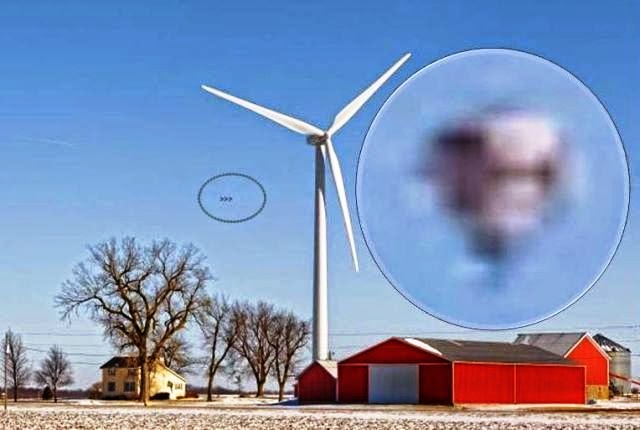 When I later processed and finalized copies of the RAW images in DXO and Photoshop, I was removing dust particles from the sky(that are placed there by the cameras image sensor at the time of shooting), when I spotted a bell / diamond shaped object just left of the windmill tower, and under the left fan blade that I have marked with (3) small arrow heads. (See image above.) 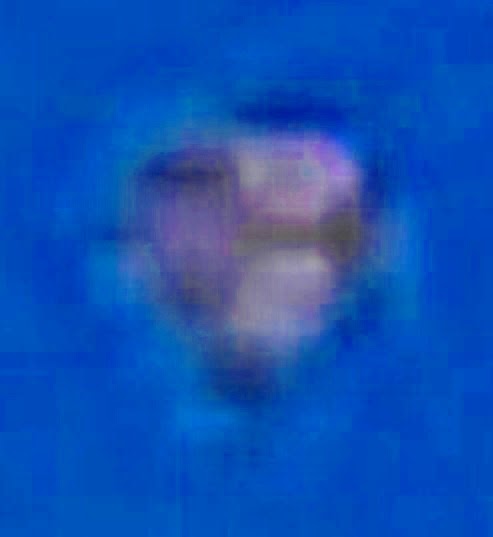 When the image is enlarged to 200 to 500%, the object has pretty good resolution, and has the appearance of a stubby, vertically sectioned / stepped object unlike a smooth weather balloons exterior. At the location where the image was taken, I do not know of any weather stations in the surrounding area which is fairly remote, and I was shooting in a different direction from any large city. It was to cold and windy for a pleasure craft such as a hot air balloon to be flying.

After spotting the object in Photoshop, I looked at all of my other frames taken within seconds or minutes of the one attached, and no others before or after have the object within the frame area. I shoot everything in RAW format, and I retain unprocessed RAW files copies for future reference.

It is unfortunate that I did not see the object while shooting, or I could have captured it up to 800mm rather than 70mm. Mufon case 62638.