UFOs and strange anomalies in Earth's Atmosphere and around the Sun 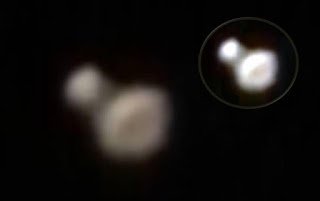 On June 13, 2015, my daughter looked into the night sky and she saw it. She showed to me and my son and I ran outside and video tape it and took the photos.

That thing was bouncing up and down, left and right. There were pulsated amber lights around that thing while it was hovering.

Then, it flew in high speed SE. That thing flew so fast we had never seen something like that. Mufon case 66419. 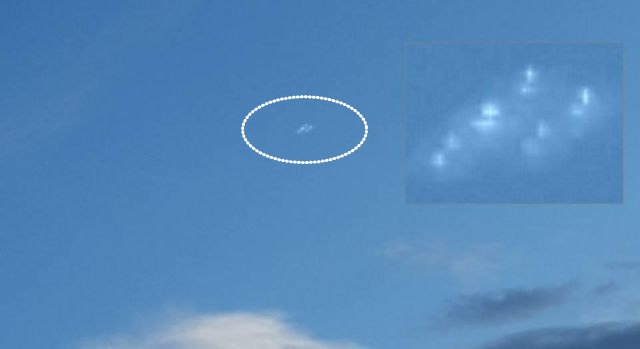 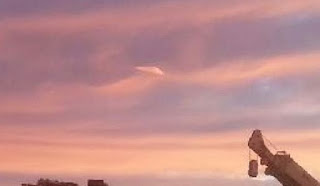 An object the photographer believes to be a UFO was spotted flying over Oakey on June 12, 2015.

Field Quip employee Greg Young decided to capture the beauty of the sunrise by taking a photo and it wasn’t until he zoomed in on his Iphone that he noticed the strange object.

Mr Young said he looked back up at the sky and noticed the triangular object flying through the clouds followed by a dark blue trail.

“It was all a bit weird because a few moments earlier me and my co-worker saw some bright flashing lights from the East and we couldn’t work out what they were” Mr. Young said.

“I don’t believe in aliens or anything like that but it definitely looked like something,” he said. “He said it wasn’t travelling very fast and was flying silently but it had disappeared within a minute,” he told to TheCronicle.

UFO's near the Sun.

Also there seems to be a lot of UFO activity around the Sun again. The latest images from the LASCO satellite show various types of UFOs and unexplained space anomalies.