Amazing UFO Photographs taken from a US Navy Submarine in 1971

July 09, 2015
The black and white images are believed to have been taken from the USS Trepang SSN 674 submarine as it traveled between Iceland and Norway's Jan Mayen Island in 1971 are evidence of secret US craft or Alien craft? 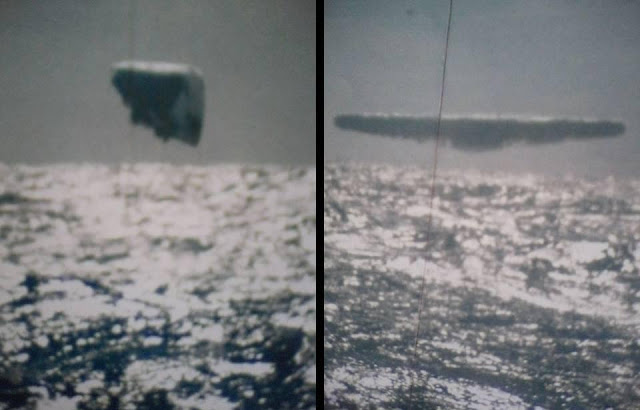 Alex Mistretta, a paranormal investigator and author, investigated the images after they first appeared in French paranormal magazine Top Secret following an alleged leaked, according to the Black Vault.

The original anonymous source claims that:

1. The photos were taken from a United State Navy submarine.

2. The location was between Iceland and Jan Mayen island in the Atlantic Ocean. (Jan Mayen belongs to Norway, and is only inhabited by the Norwegian Meteorological Institute and the Norwegian military.

4. The Submarine was the Navy’s USS Trepang (SSN 674) and the Admiral on board was Dean Reynolds Sackett. Obviously, the next step is to try and locate this Admiral Dean Reynolds, if he exists.

5. The Submarine came upon the object by “accident,” as they were in the region on a routine joint military and scientific expedition. Officer John Klika was the one who initially spotted the object with the periscope. 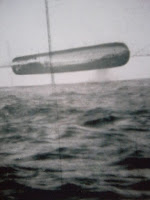 John Greenewald, Jr. from the Black Fault has verified all the points the original source has claimed and although his investigation is ongoing, he was happy to see that many of the facts did pan out which means if it is a hoax, whoever did it definitely thought it out before hand.

To see all original large UFO images and more information on this case, please visit the Black Vault.

Below video shows photographs of the Arctic UFOs taken from the submarine.