Giant metallic square structure spotted on the surface of the Moon

July 28, 2015
Witness report: While taking pictures of the Moon for my daily Moon Phase portion of my blog on the 27th of July 2015, I noticed a giant metallic blue/green square structure on the surface of the Moon. 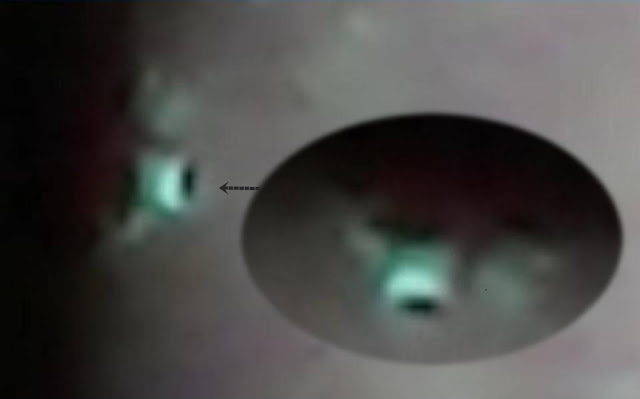 I took several pictures of the object, and found that it stayed stationary.

I have no idea what it was, however it didn't look like any part of natural landscape on the surface of the Moon.

After taking several photos of the Moon and object I checked out the photos taken on my computer and sure thing I found a structure on the surface of the Moon. 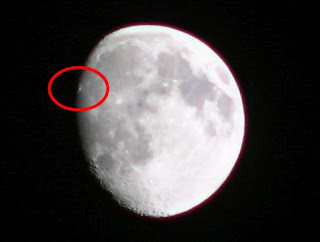 You will see it in the upper left side of the photos along the shadow line of the Moon. It is small in the photos, however to show up on my camera it must be a large object on the surface. Mufon case 68711-London, UK.

And it is not only the square structure which has been discovered. Lately strange things happen around the Moon.

The following clip from Crrow777 shows some weird lunar flashes or pulses that were shot in full spectrum. Also many weird anomalies dart through frame.

Crrow777 tracked the anomalies over many hours and always near the same area and side of the Moon, he said that he have never seen pulses like this before in all his years of lunar work.