Did NASA Send Astronauts To Another Planet?

August 10, 2015
Does the secret UFO report from the 1970's prove that NASA sent astronauts to another planet to meet with aliens? 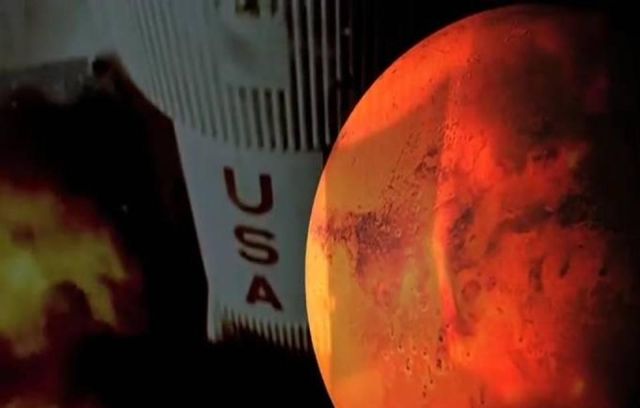 Secret Project Serpo: 10 men and 2 women were going to travel to planet Serpo. Serpo is rumoured to be located in Zeta Reticuli, which is the famous solar system where a young couple were allegedly taken to after they were abducted in 1961.

Project Serpo was financed by the DIA, CIA, NASA and US Air Force and planned to data about extraterrestrial life.

What they found was a hot, almost inhospitable environment.

13 years later the mission was complete… but only 8 of the 12 astronauts returned to Earth.

UFO investigator Nogel Watson believes that 2 of the astronauts remained on planet Serpo, and 2 died during the mission. Shortly after their return to Earth, it’s reported that the final 8 succumbed to the same fate as their 2 friends – they all died from exposure to planet Serpo’s high radiation levels.

A botched mission, dangerous amounts of radiation brought to Earth and 10 astronauts dead.

A superconducting shield for astronauts.

Is it coincidence that a team at CERN is working with the European Space Radiation Superconducting Shield (SRsS) project to develop a superconducting magnet that could protect astronauts from cosmic radiation during deep-space missions.

The idea is to create an active magnetic field to shield spacecraft from high-energy particles.

During long-duration trips in space and in the absence of the magnetosphere that protects people living on Earth, astronauts are bombarded with high-energy cosmic rays that might cause a significant increase in the probability of various types of cancers.

According to CERN’s publication, deep space missions will only become realistically possible if an effective solution for adequately shielding astronauts is found.

Project Serpo seems to have a ring of truth to it, and one that has been circulating among UFO researchers for more than 20 years but can we accept Project Serpo as a fact or is it just fiction?

If project Serpo is true and the 10 NASA astronauts died from exposure to high radiation levels then it is likely that CERN has been informed by NASA and then it is no coincidence that CERN is very busy to create a superconducting shield for astronauts to protect them from cosmic radiation during their deep-space missions.