August 20, 2015
The Kuiper Belt is a population of icy bodies beyond the orbit of Neptune. A particularly puzzling and up-to-now unexplained feature of the Kuiper Belt is the so-called "kernel". 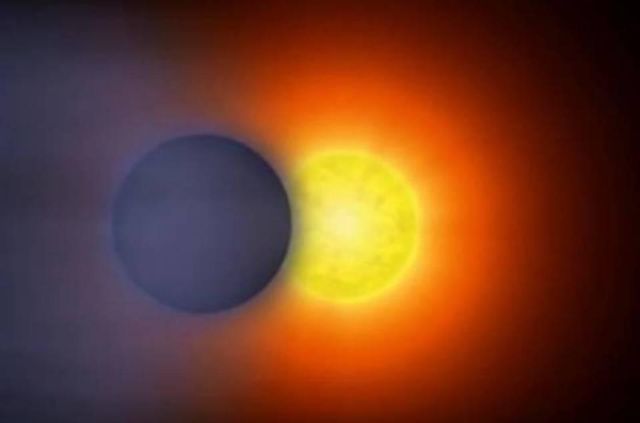 The four gas giant planets in our solar system - Jupiter, Saturn, Uranus, and Neptune -- may have a long-lost relative. According to a new study, our system was once home to a fifth gas giant that suddenly vanished some 4 billion years ago after a run-in with Neptune.

Indirect evidence for this lost world is seen in a strange cluster of icy objects -- called the "kernel" in the Kuiper Belt. That's the vast region of primordial debris that encircles the sun beyond the orbit of Neptune.

"The Kuiper Belt is a perfect clue to understanding how the solar system evolved since its formation," study author Dr. David Nesvorny, an astronomer at the Southwest Research Institute in Boulder, Colo., told New Scientist.

This is where the lost planet comes in: the simulations suggest that it must have been another gas giant that bumped Neptune and caused it and the "kernel" to part ways.

The missing planet bumped into Neptune before disappearing into the abyss of space.

The new study was published online in The Astronomical Journal on August 10, 2015.