August 26, 2015
Witness: I was on the NASA ISS live feed, about 5 minutes after watching a sort of portal, wormhole or beam of light like object appeared above the earth and in seconds yet from one side of the earth to the other. 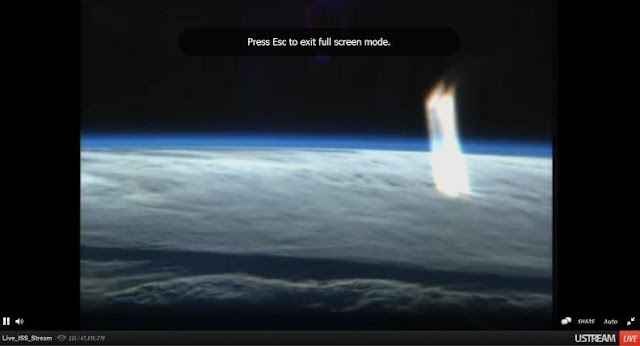 I managed to capture one screenshot before NASA cut the live feed. I continued to wait for the feed to come back hoping for another chance to see the object, but it was gone when the feed came back up.

However, about 10 minutes after the feed was up again, another swirling object appeared but then the feed changed again. 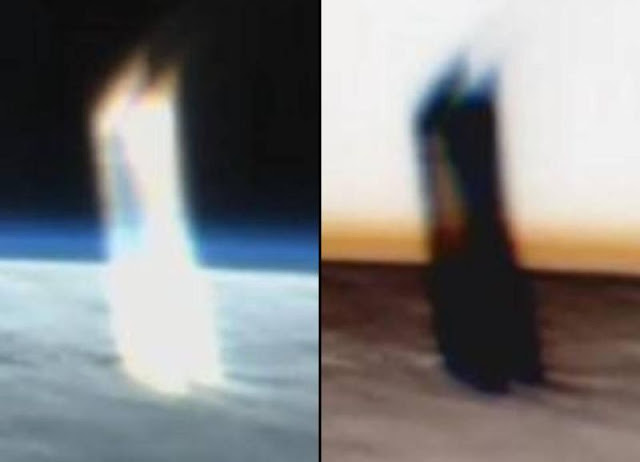 I have questioned NASA and everyone that I could in regard, to the object with no response. I feel these objects are very significant and need to be shared. Mufon case 69795, Date: 2015-08-26.

August 12, 2013
Comment Section: 1. Comments are not displayed immediately on the site but are placed in a queue for moderation, reviewed and manual approved or deleted. 2. The comment option "Anonymous' is blocked. We recommend to create an account and post your comment as a Registered User. T.O.U. Terms of Use UFO Sightings Hotspot Attention to all in the website. These are the Terms of Use rules and it shall be strictly enforced. No.1 : No one is allowed to post their e-mails on any thread for their protection. If you do, first a warning and any subsequent postings of such you will be banned. No 2 : No one is allowed to slam, berate or condemn others on a personal level especially anything connected to themselves or to their families. No.3 : Any offensive words or non offensive words meant to and or directed at to attack the character of another person is not permitted. No.4 : The Administrator on this site will ban anyone if they abuse the respect towards others in a bla
Read more

October 25, 2021
NASA chief Bill Nelson: "Who am I to say that planet Earth is the only location of a lifeform that is civilized and organized like ours."  The current NASA Director Bill Nelson says he hopes that UFOs are not originating from an adversary here on Earth in an unprecedented statement.  Who is out there? Who are we? How did we get here? How did we become as we are? How did we develop? How did we civilize?  And are those same conditions out there in a universe that has billions of other suns and billions of other galaxies? It’s so large I can’t conceive it, he added during a live stream hosted by politics professor Larry Sabato, director of UVA’s Center for Politics.       The full interview can be seen in the video below:
Read more