August 29, 2015
The witness was on a soccer field when he saw a dark manta-shaped object in the sky hovering to the East then it descended a few meters and flew slowly towards North. 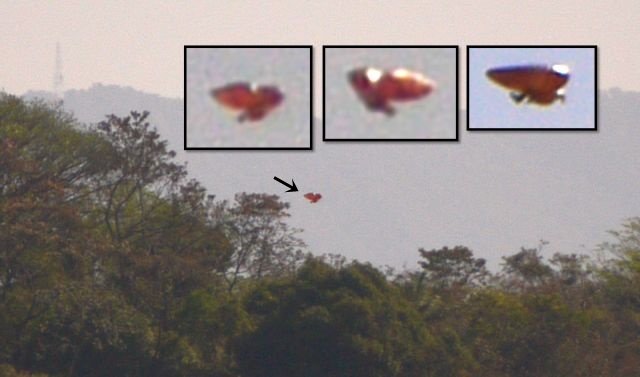 At first he thought it was a drone then he grabbed the camera and started capturing the object as he was not sure what it was, because as the witness said, he could not see propellers, like the ones on a drone.

The winged object had a manta-ray shape and it did not reflect too much sunlight despite it was a bright morning. The object ended up near a hill where the witness lost sight. Mufon case 69884. March 22, 2015.

Could it be just a drone or the witness has made photos of something extraordinary like a flying humanoid or winged creature?