Coming week: ‘The return of the Star of Bethlehem’

During the coming week, if early morning skies are clear, you’ll be able to see a conjunction of planets that some folks think recreates the original “star of Bethlehem.” 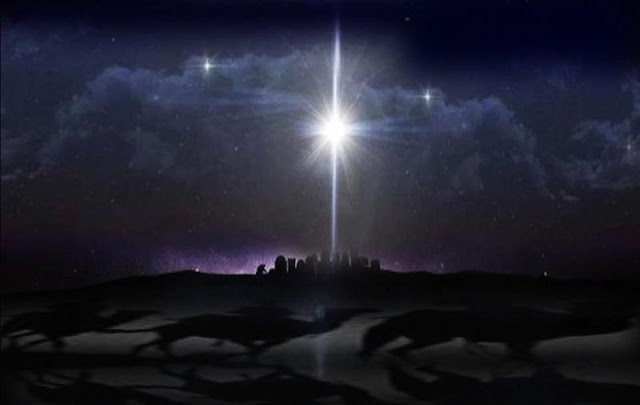 This weekend’s conjunction is special, Schaaf, a contributing editor to Sky and Telescope, said, because the apparent meeting of these three planets will be “for the last time in perhaps a thousand years.”

From Schaaf’s most recent column, here is a guide to seeing the brightly lit conjunction of planets that may have guided the Magi toward the baby Jesus in 2 B.C.

Before dawn on Oct. 23, three planets in the eastern sky — Venus, Jupiter and Mars — were stacked one on top of another, in that order, with about even spacing between them.

Over the next days, Venus and Jupiter, which Schaaf said are “by far the brightest planets,” will be in conjunction, meeting within one degree of each other.

This same conjunction of planets occurred in October of 2 B.C., which is said to be the last appearance of the “star of Bethlehem, Schaaf said.

Now we have seen such a conjunction before and fairly recently: Jupiter and Venus were only 1/3 of a degree apart at the end of June, so we may wonder whether the Star of Bethlehem is a real star or there is a more logical explanation for this biblical phenomenon?

For years, scientists have looked, with little success, to astronomical records for an explanation of the magical star that guided the Magi to Christ’s manger.

But now, an ancient coin purchased by a Dutch astronomer, Prof. Michael R. Molnar could have unlocked the mystery of the Star of Bethlehem.

Intrigued by the image he found on the latest addition to his coin collection, Michael Molnar thought there might be more to learn by looking, instead, at the teachings of ancient astrologers and argues, written in his book 'The Star of Bethlehem: The legacy of the Magi', that the Star of Bethlehem was not a star at all, but rather a celestial event, a regal portent centering around the planet Jupiter that was eclipsed by the moon.

The Star was an alignment of stars and planets that ancient astrologers would have recognized as significant and guided the wise men on their journey.

He bases this theory on the actual beliefs of astrologers, such as the Magi, who lived around the time of Christ.

Molnar found some other intriguing clues to the mystery while researching the meaning of astrological symbols he found on the ancient coin, which bore the image of Aries looking back at a star.

He found that Aries was a symbol of Judea at the time, and that ancient astrologers believed that a new king would be born when the moon passed in front of Jupiter.

“No portent would have excited greater expectations of a divine birth in Judea . . . than a lunar eclipse of Jupiter (the 'kings' planet) in the constellation Aries.”

Molnar wondered, could the coin have been issued as a response to the Great Messianic Portent, the Star of Bethlehem?

To match the story of the appearance of the Christmas star, Molnar also knew the event had to happen when Jupiter was “in the east.”

Using these criteria and a computer program, he was able to chart an eclipse of Jupiter in Aries on April 17, 6 B.C., a day when Jupiter was precisely “in the east,” which confirmed his theory.

In particular, the Magi considered the planet Jupiter to be the royal star.

A royal star that would rise above the eastern horizon just before the sun would appear. Then, just moments after the royal star rises, it disappears in the bright glare of the sun in the morning sky.