Are Aliens Hiding Under The Sea?

on November 25, 2015
The discovery of a mysterious underwater structure in Malibu in 2014, and the strong radio signal it has been omitting, has led some theorists to ask the question whether alien life forms could already be living on earth.

1963 – Unknown object travelling underwater at a speed of over 150 knots.
1967 – Shining 30-meter cigar-shaped object which had a powerful blue and white glow in the sea.
1982 – UFO sightings in Lake Baikal. 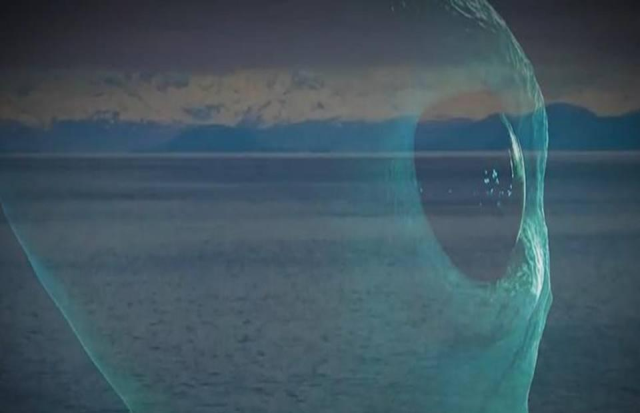 1997 National Oceanic and Atmospheric Administration hydrophones detected and captured by deep sea microphones the loudest sound ever, named “The Bloop”. What created this strange sound in Earth's Pacific Ocean?

Although Bloops are some of the loudest sounds of any type ever recorded in Earth's oceans, their origin remains unknown. The Bloop sound was placed as occurring several times off the southern coast of South America and was audible 5,000 kilometers away.

Although the sound has similarities to those vocalized by living organisms, not even a blue whale is large enough to croon this loud.

The sounds point to the intriguing hypothesis that even larger life forms lurk in the unexplored darkness of Earth's deep oceans. No further Bloops have been heard since 1997, although other loud and unexplained sounds have been recorded.

Biologist Ivan Sanderson found that 50% of UFO Sightings occurred either over, coming from, plunging into, or coming out of water.

Wistleblower Edward Snowden revealed that deep-sea sonar signals are kept as official state secrets and the public are banned from accessing data about reported sightings of USO’s. Could this be proof of a government cover-up surrounding underwater activity?

Could aliens be living under the sea?