Huge Underground Base Entrances Found On Mars In Google Earth

December 05, 2015
Every time an amazing discovery is made on Mars, they quickly tell the sheep it is a rock or shadow! Time and time again. They try to make excuses for the objects being discovered all over Mars.

This time, they are not fooling anyone by saying it is just a rock formation. No doubt, some of the small minded out there will say the discovery is just a printing error or a ‘create overlay’ failed, what else, but for those out there with an open mind, know we are being lied to.

Researcher Marcelo Irazusta found at least seven mysterious structures and entrances on Mars and some of them even seem to have something inside and most are intentionally hidden. He also found more that were clearly covered up partially by a crappy Photoshop job. 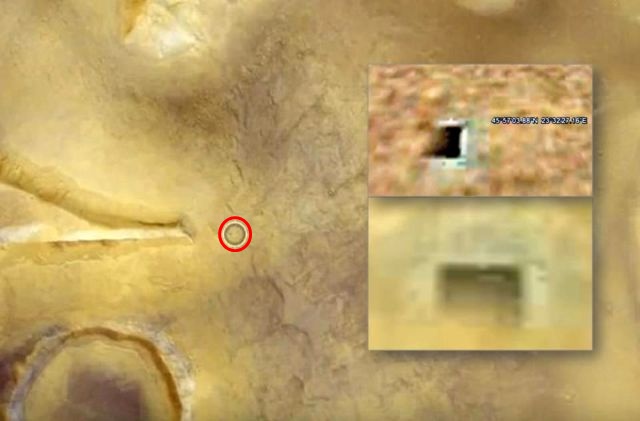 May 08, 2022
Rep. Tim Burchett (R-Tenn.) says he doesn't trust the Department of Defense after the latest secret briefings on UFOs.  Rep. Burchett joined “On Balance with Leland Vittert” to discuss his statements as well as what it is he does believe when it comes to extraterrestrial life.  He believes the Pentagon knows more than what they’re saying following the latest secret briefings on UFOs. “There’s an arrogance in government at that level that we cannot handle what’s going on out there, It’s a bogus cover-up and the government is part of the cover-up and they’re not going to disclose it to us because they don’t trust us, Burchett said.
Read more