on December 28, 2015
Legends throughout the world have spoken of a race of giants that once walked the Earth.

The Holy Bible speaks about the offspring of "the sons of God and the daughters of man", indicating that angels who desired earthly pleasures impregnated the women of human origin. It is believed by some that these were the Nephilim, 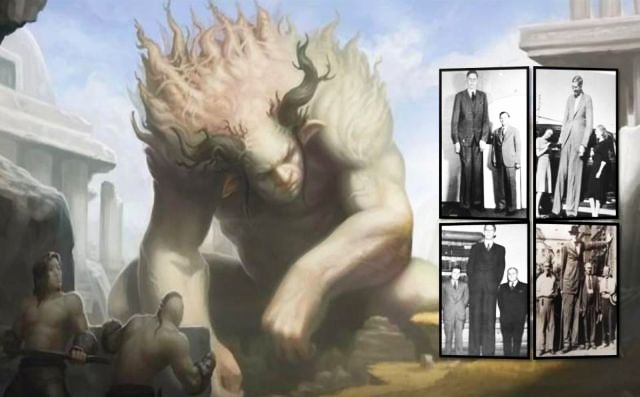 The video below shows pictures of extremely tall people throughout the world.

Are these giant humans the genetic remnants of the ancient giants of referred to in the Bible in Genesis, where it says.. "There were giants in the earth in those days; and also after that, when the sons of God came in unto the daughters of men, and they bare children to them, the same became mighty men which were of old, men of renown." -Genesis 6:4.