December 06, 2015
Recently, a passenger aboard a jetliner flying above Germany records an Unidentified Flying Object moments after it flies directly under the plane.

The unknown object has a kind of a vapor trail which would suggest a conventional type of propulsion.

It almost looks like it could be a missile. This remarkable sighting still remains a mystery. 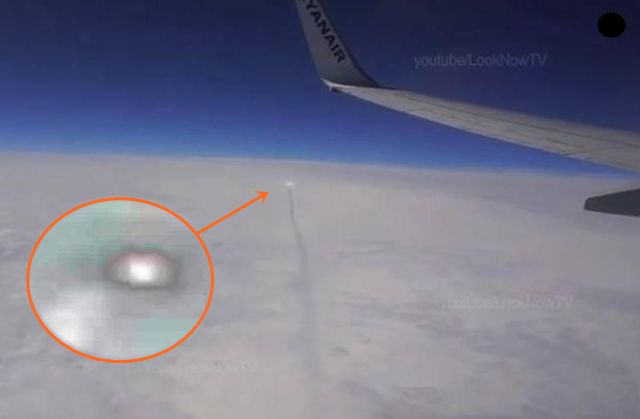 In the same video at about the 1.27 mark, witness captured several UFO/Orbs like objects hovering over a field in Poland.