Bright Sphere descends and lands at the base of mountain in Las Vegas, Nevada

March 23, 2016
I saw a strange light in the sky just above the closest mountain which is less than two miles away to my home in Las Vegas, Nevada on the night of March 19, 2016 and began to film it.

I saw where the light came from and caught it in the air just before it began to descend and eventually land. 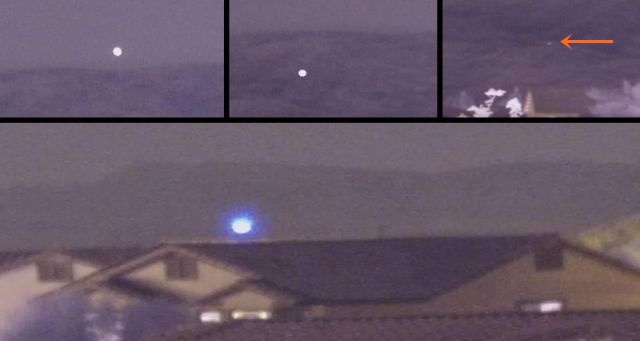 As it was descending the lights went out but the moonlight was strong enough to where I could still see it in the camera lens.

It lurked in the darkness at the base of the mountain. Several minutes later it showed up again just above the rooftop of a building.

As it was leaving I noticed that it was, in fact, two objects now. I saw it for a second or two more back in the same spot it landed and then it disappeared.