March 01, 2016
Many people have reported a major bolide sighting over Northern Scotland during the evening of Mon 29-Feb-2016.

The fireball appears to be an unknown/undetected meteor/meteorite, turned night in to day for a few seconds and produced one or more sonic booms in the atmosphere. 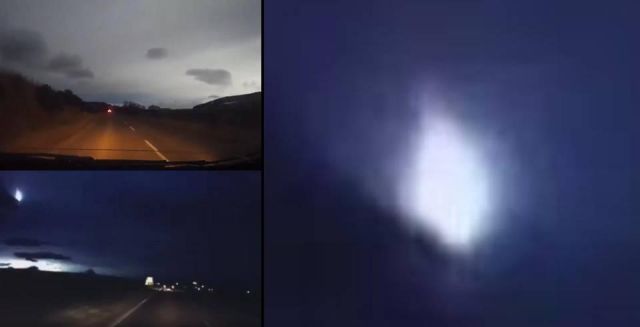 Jenni Morrison was driving home from work on the A944 from Westhill to Alford at 6.45pm when she spotted the fireball light up the sky.

She told Sky News: "I thought what the hell was that! My son said it was a meteorite. It was like a light switch going on and off.”

"I knew it wasn't lightning and it was kind-of scary and amazing at the same time."

There are several dashcam and security camera recordings of the event.