March 01, 2016
Anthropologists probing the discovery of tiny 8000-year-old hand prints in the eerie Egyptian Cave of Beasts say they were not made by human hands.

Explorers stumbled across the tiny hand imprints after unearthing more than 5000 images carved into the stone in Egypt's southwest border with Libya 14 years ago. 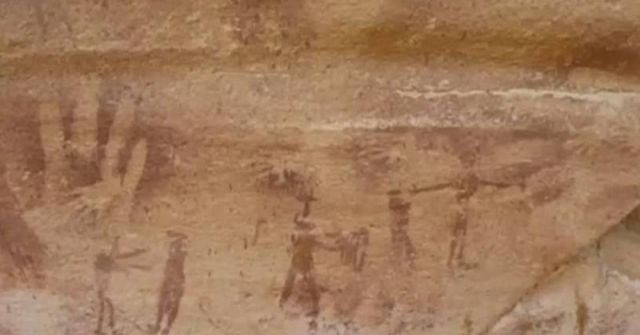 A study of the hand prints show that not only are they not human - but that they are believed to belong to tiny lizards.

The cave, which is also known as Wadi Sura II, has been the focus of study for Emmanuelle Honoré of the McDonald Institute for Archaeological Research for years.

She said she was stunned when she saw the shape of the small prints. "They were much smaller than human baby hands, and the fingers were too long," she told National Geographic.

The scientists took measurements of the stencils and compared them to those of newborn human infants under a year, including newborn premature babies that were 26 to 36 weeks old. But came to the startling conclusion that the prints were not human and instead were created by lizards.

But while Honoré is sure the prints were made by tiny crocodiles or lizards - she is unsure of the reason why they are there. Or why any civilization would want to draw or use the legs of animals on their cave walls. 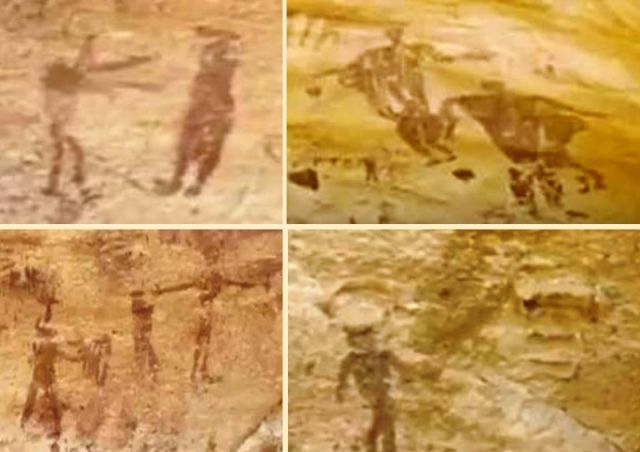 I have highlighted three figures: Two human-like species and a human-like lizard creature or reptilian humanoid. 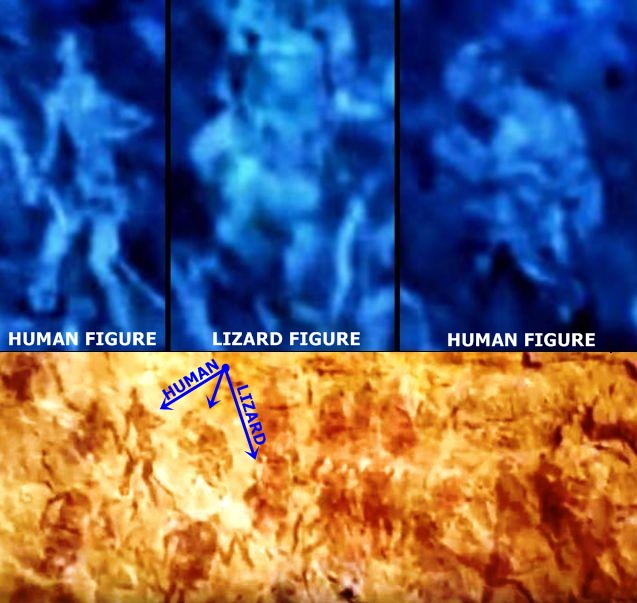 Reptilian or Reptoid is a word mixed from reptilians and humanoids and are human looking lizard creatures. It is said that these reptilians are living inside the earth.

The dessert is the world's largest and is the size of Western Europe and goes from Egypt into Libya, Sudan and Chad. It is one of the driest places on earth - but wouldn't have necessarily been so when the images were made - since there would have been water to sustain life.

Mysterious cube shaped object on the dark side of the moon

December 06, 2021
China's Yutu-2 rover spotted a strange cube-shaped object in Von Kármán crater on the dark side of the moon. Since the rover is about 80m away from the fuzzy object the rover team is planning to drive over and get a closer look at the object. Although they are talking about a cube-shaped object, the object seems to consist of two towers. The true nature of the object should be become clearer as the rover gets closer.
Read more