Sunset ‘Angel Wings’ in the sky over Cornwall, UK

March 17, 2016
An incredible rare and spectacular sky phenomenon appeared during sunset along the coast in Peter’s Point in Cornwall, UK on March 17, 2016. 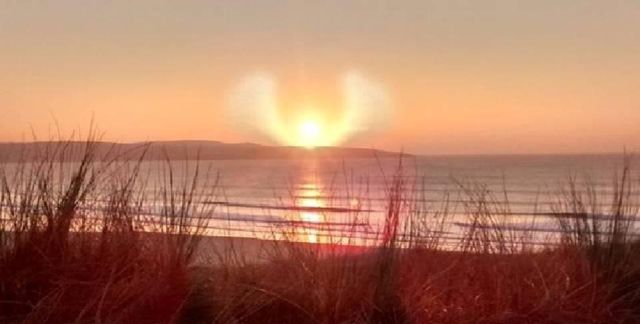 Ian Warne was walking along the coast in Cornwall and took several photos of the sunset. He didn't notice anything until he got home and uploaded the photos to his computer and saw that the sun had wings – looking like an angel.

Experts say the ‘angel wings’ phenomenon is so rare there is no official name for it.