on April 21, 2016
A green laser beam can be seen fired from a science building located on Macquarie Island, Antarctic, Australia on April 20, 2016. The laser beam brightens when it is scattered by low clouds. 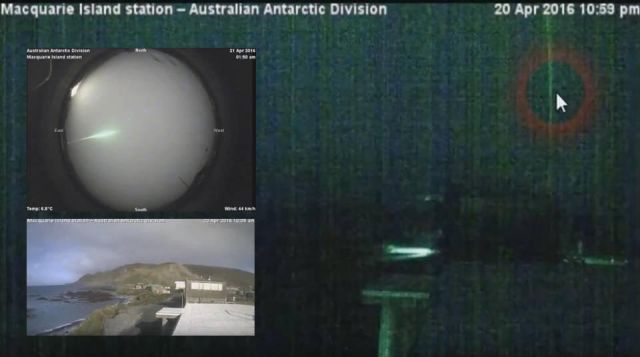 On the Antarctic station’s website the laser beam is mentioned but Streetcap1 wonders why would you fire a powerful laser into space without explanation for it’s use.

It could be that they are using laser beams for scanning the clouds or to study our atmosphere but it is rather strange that they fired the laser beam just days after the ISS live feed recorded a UFO and a beam of light coming from the Earth’s surface right after the UFO accelerated into space.

They fired the laser beam for scientific purpose only or maybe there's more going on what we don't know.