May 23, 2016
Witness states: I was looking at the contrails and noticed the planes made a perfect circular line around the sun above Arizona on May 22, 2016 so I took a photo of it straight up from the ground.

Later on I looked at the photo and saw a weird blue moon or planet next to the sun in the photo. Mufon case nr. 76533. 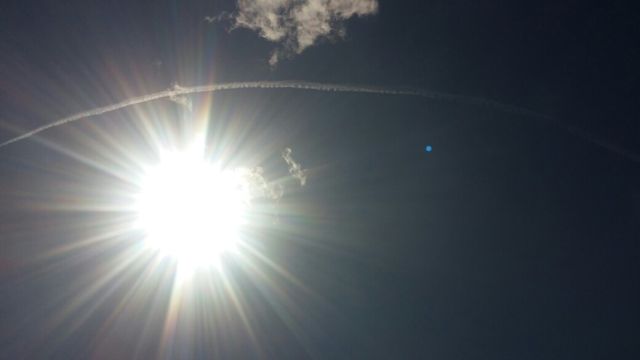 Last month a tourist photographed a similar blue object next to the sun over Spain. 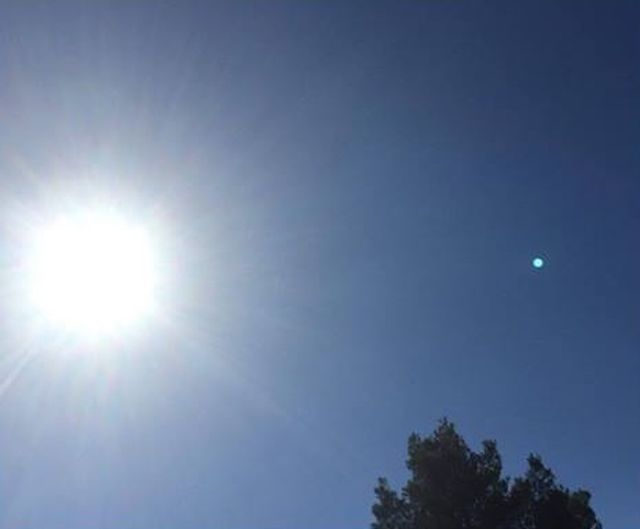 Coincidence both photographers captured an almost identical image of the object next to sun? It seems unlikely.

In many cases such objects are just lens flares but if we compare the blue object with images of lens flares then it is certainly not lens flare.